~And DC too! Image Comics and Dark Horse too! They were my childhood obsession. The mini Santa Spider-Man and Santa-Hulk figures you see on the left, I bought that when I was in elementary. Spiderman, Batman, Superman, and X-Men were my heroes! (Avengers only got super popular after the MCU). So I worry about them. I worry about them so much. 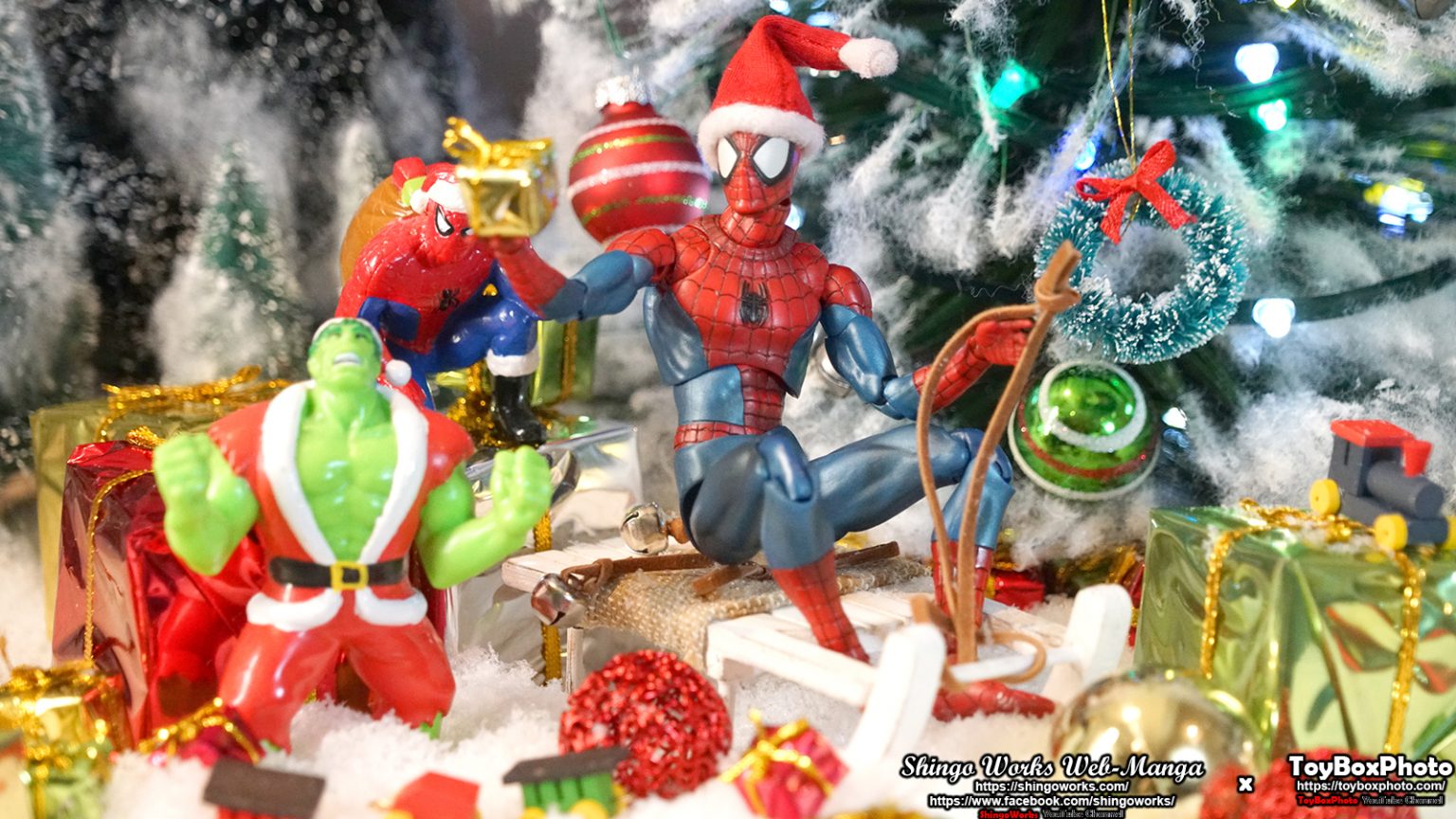 If you have been reading comics or have been updated with comic news for this past decade, the comic book has now been completely infested by SJW corruption and that is why Marvel Comic is facing possible closure. Meaning, Disney may end Marvel Comics. And this isn’t a new thing. 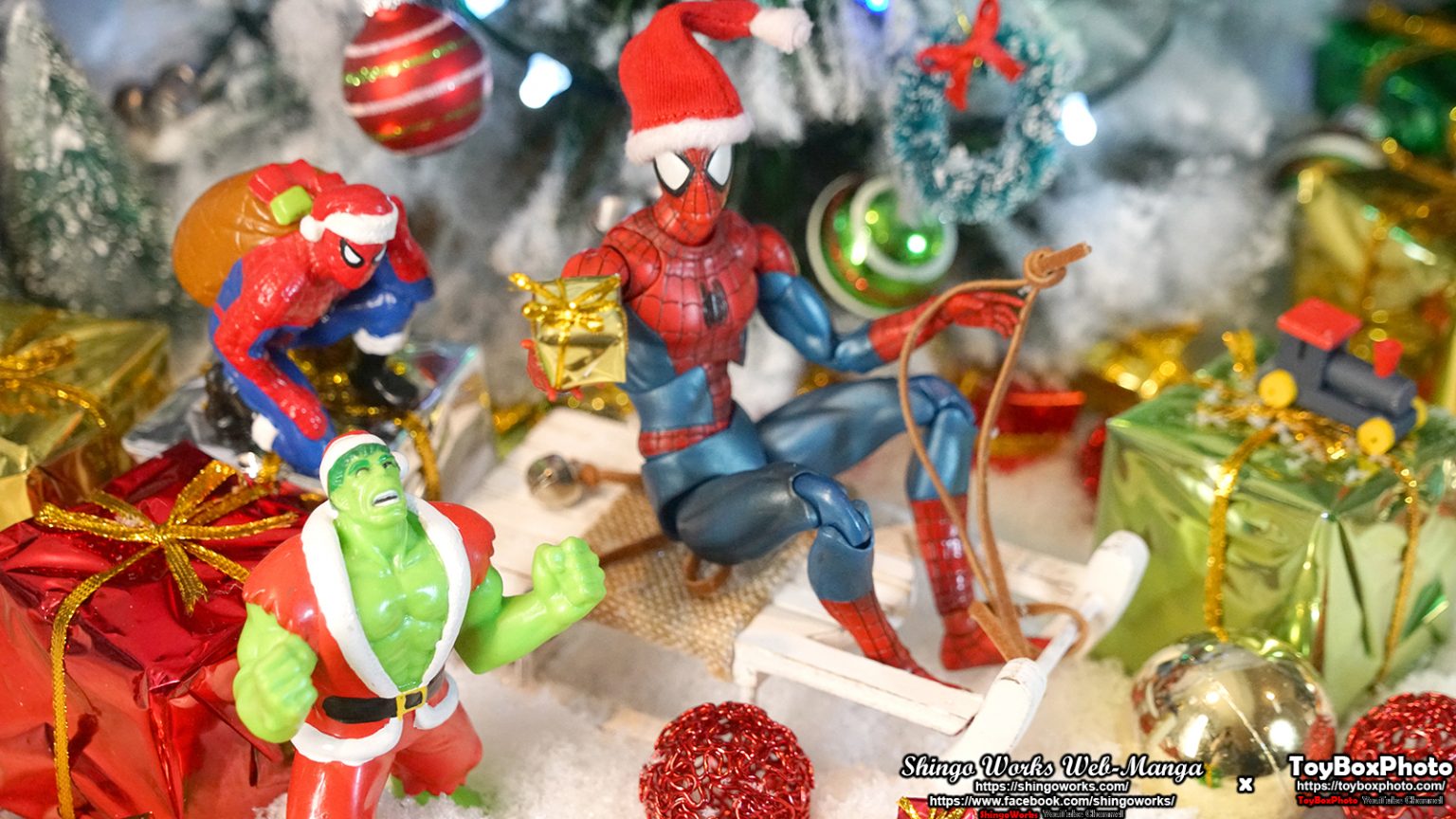 The term Social Justice Warrior may sound like a movement to bring good to society but often it’s completely the opposite. We had the SJW activist movement several times in our history and it always corrupts something popular and burning it to the ground. They only target popular media. Hence, a lot of our beloved franchise was destroyed. And now, because for Disney, printing T-shirt is far more profitable than publishing comics, Marvel may be gone or their comic book could be licensed to other companies who may not even care about these beautiful characters. 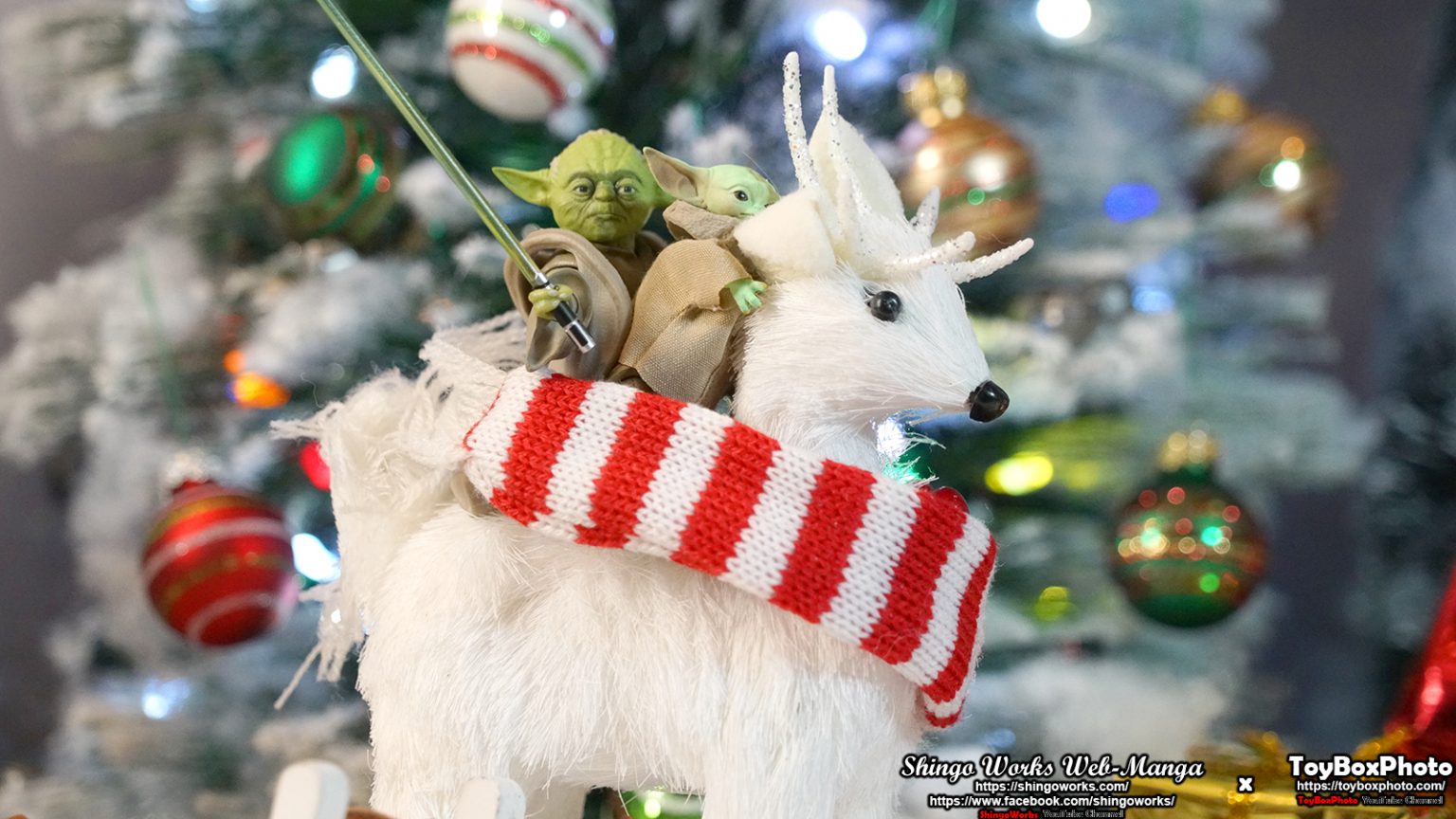 I mean Star Wars almost died. And that is no joke. They were the lord of merchandise sales and having that burn in Mustafar was completely unexpected but it happened. And thanks to Jon Favreau, Dave Filoni, George Lucas, Star Wars-loving employees, and the fandom, it showed a blink of life. 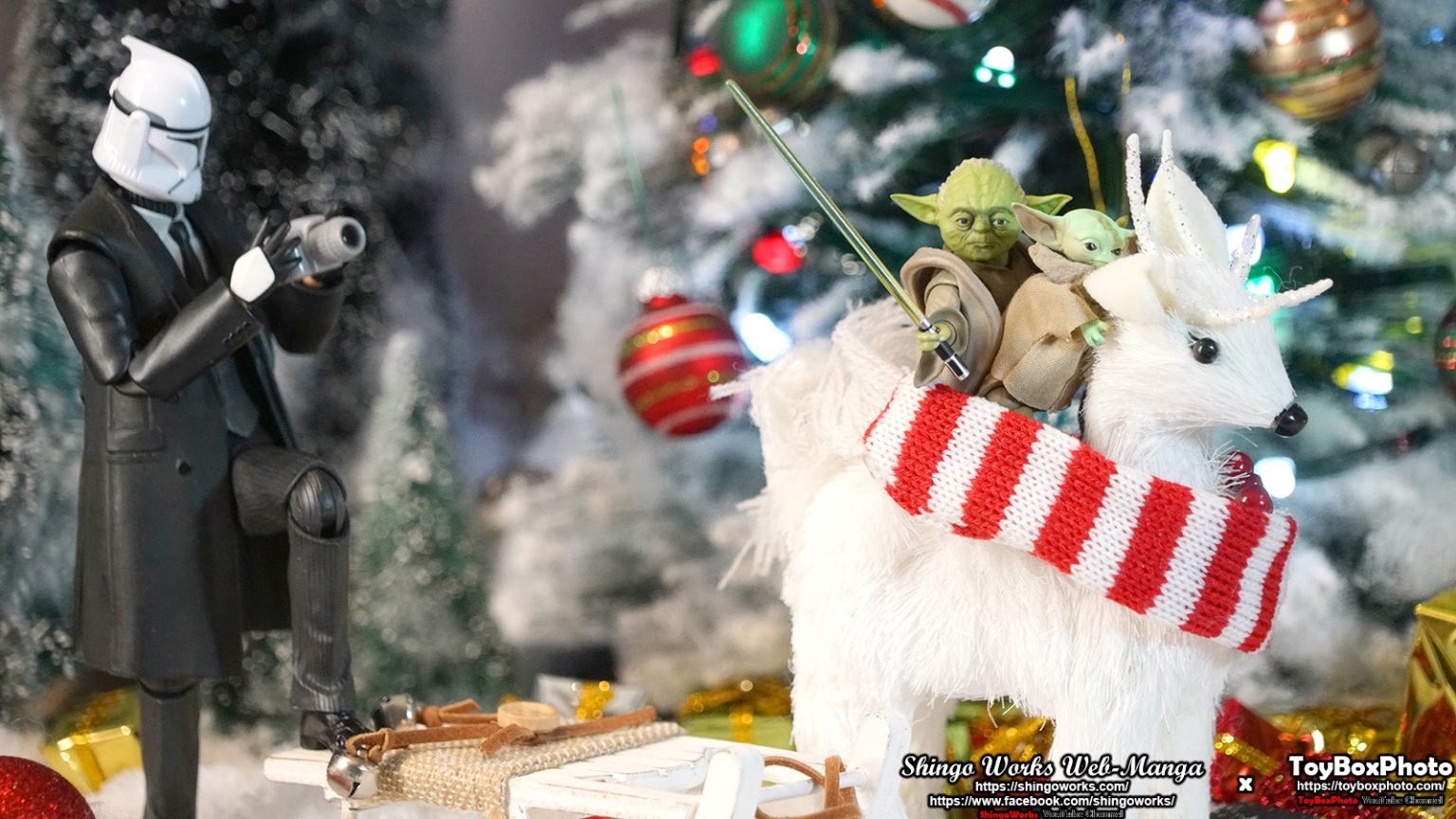 I love Star Wars. I am sure I am the biggest Star Wars merchandise collector in BC or Vancouver at least. My avatar is even has a phase one Clone Trooper helmet!

And if a franchise is in the hand of those who care, it can be fixed. It just needs the fan’s push. So I am happy to keep pushing for Star Wars. But Marvel and all other comics are in a different situation. 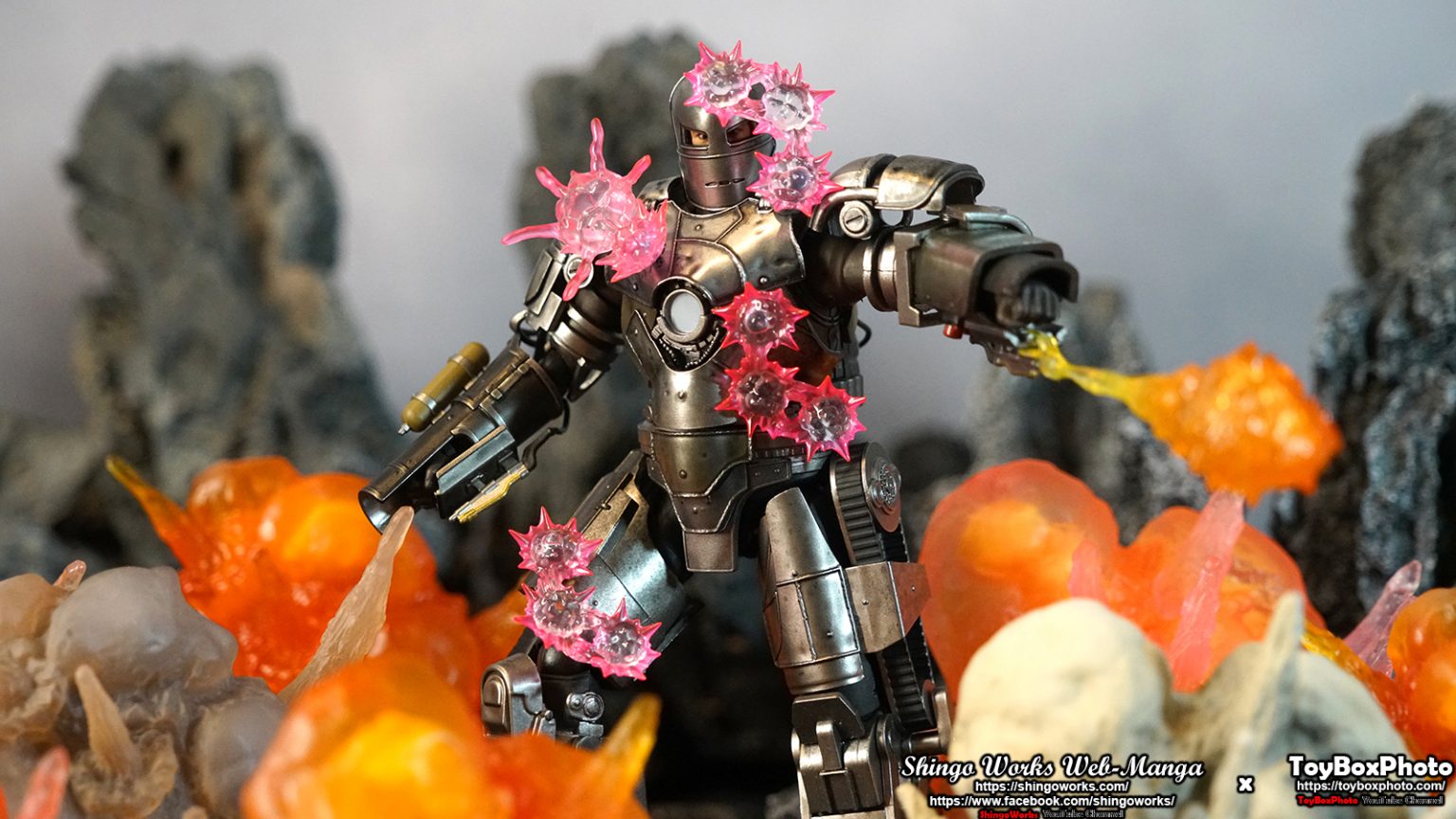 MCU is profitable. And most of the fandom, I mean 99% of MCU fans have no idea about the source material. I mean comic. And the comic is like the Bible of MCU. And a lot more insane creative ideas and stories were shown in the comics. But because now Marvel Comic is literally dead, there is just very little value to it. Because Disney can keep making MCU movies from thousands of comics that were published already. And unlike the current SJW-infested Marvel Comics, the comics before were very damn good. 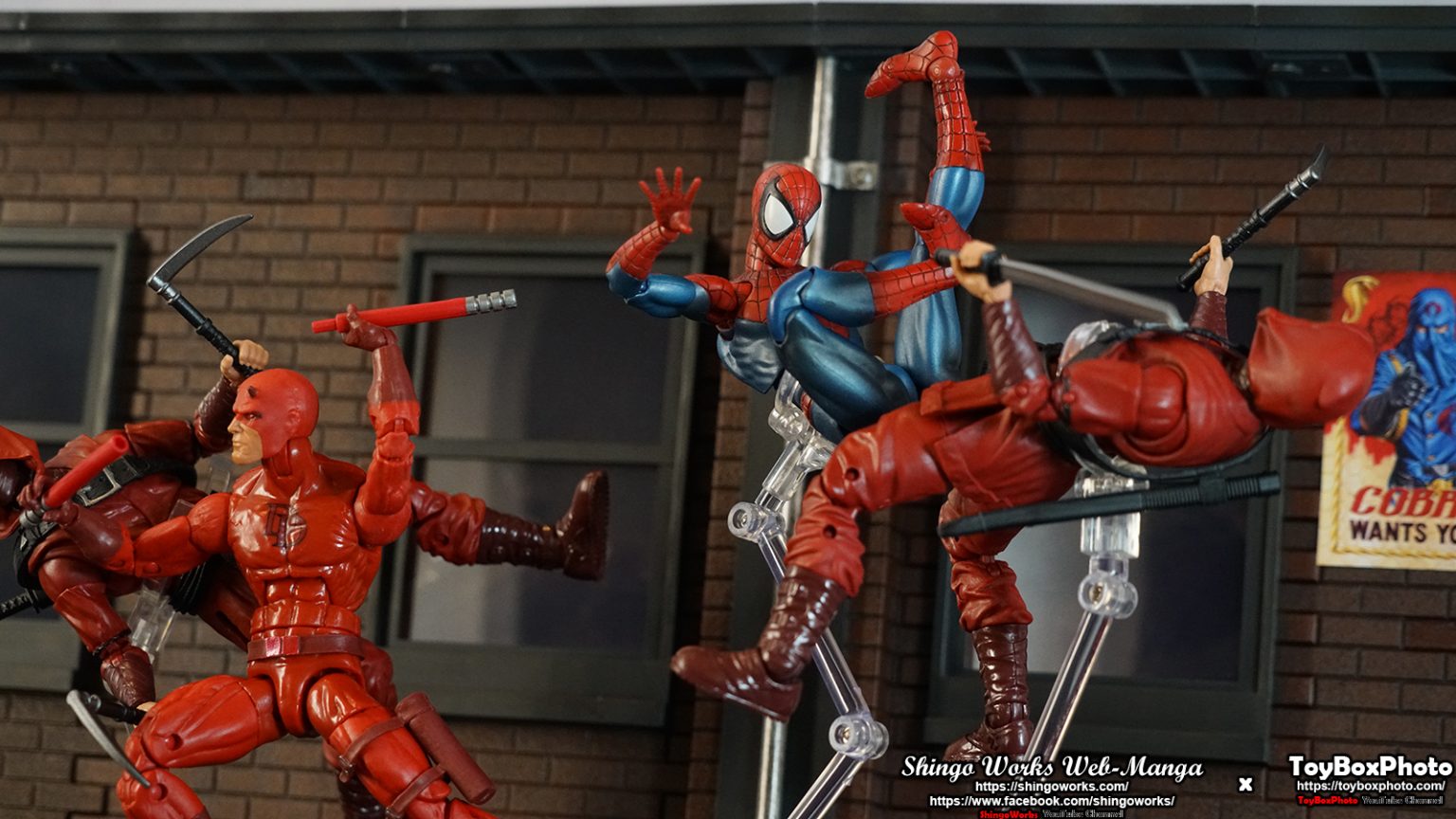 So if even Marvel Comics are gone, MCU can make 30 years plus of movies with existing comics alone. And once that is over, they can reboot if they want to so that the new generation can enjoy it. So unlike Star Wars, Marvel Comic can be killed off without a chance of it been redeemed. 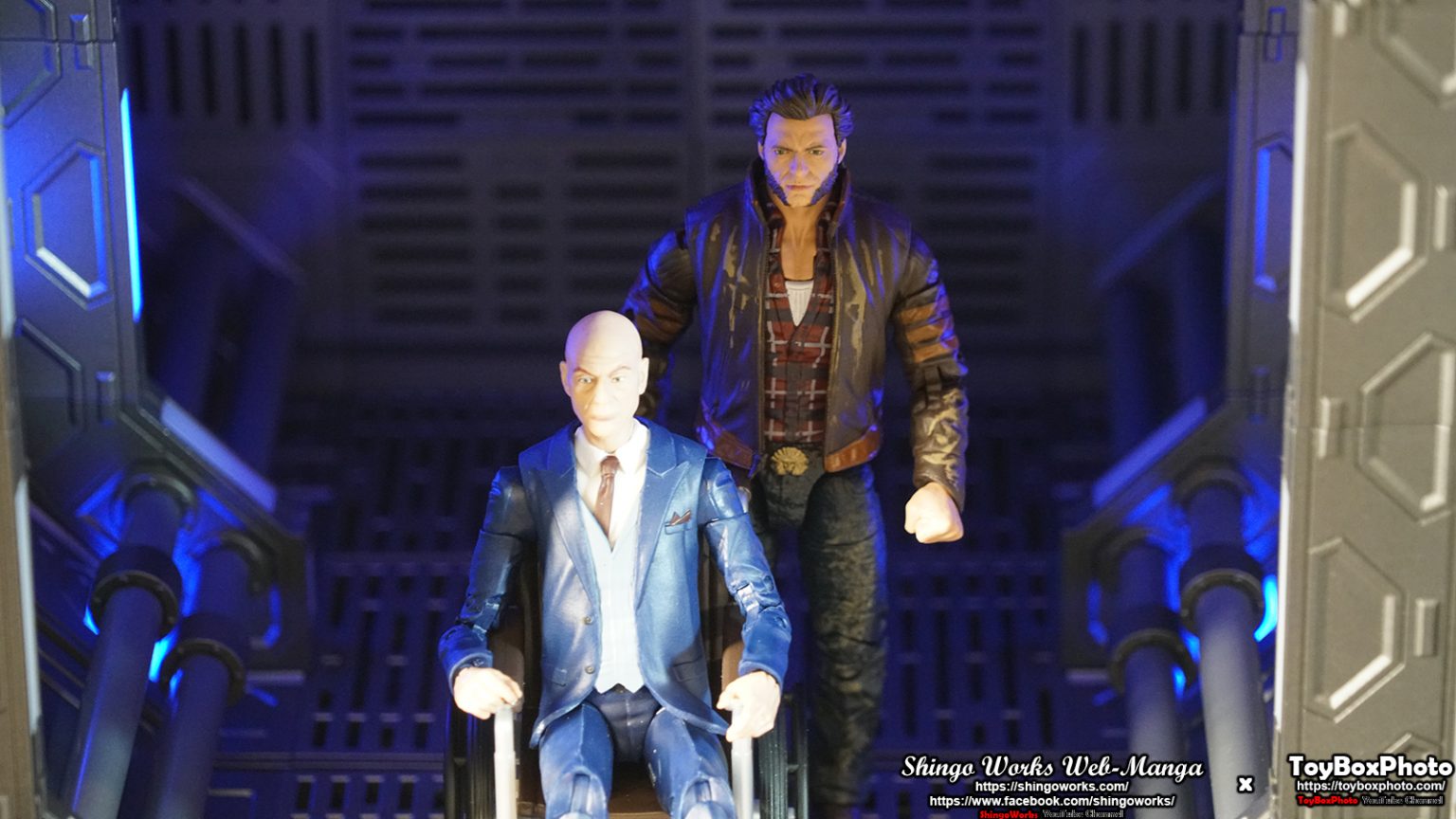 That would be heartbreaking. Especially for the fans who have been supporting the comics long enough. I mean the only reason MCU was ever made was because of these passionate fans who pushed it high enough. It was never because of post MCU era fans. They all came later. They contributed to further reinforcing the franchise. But the base foundation was always built by the comic book fans. And that’s non-disputable. 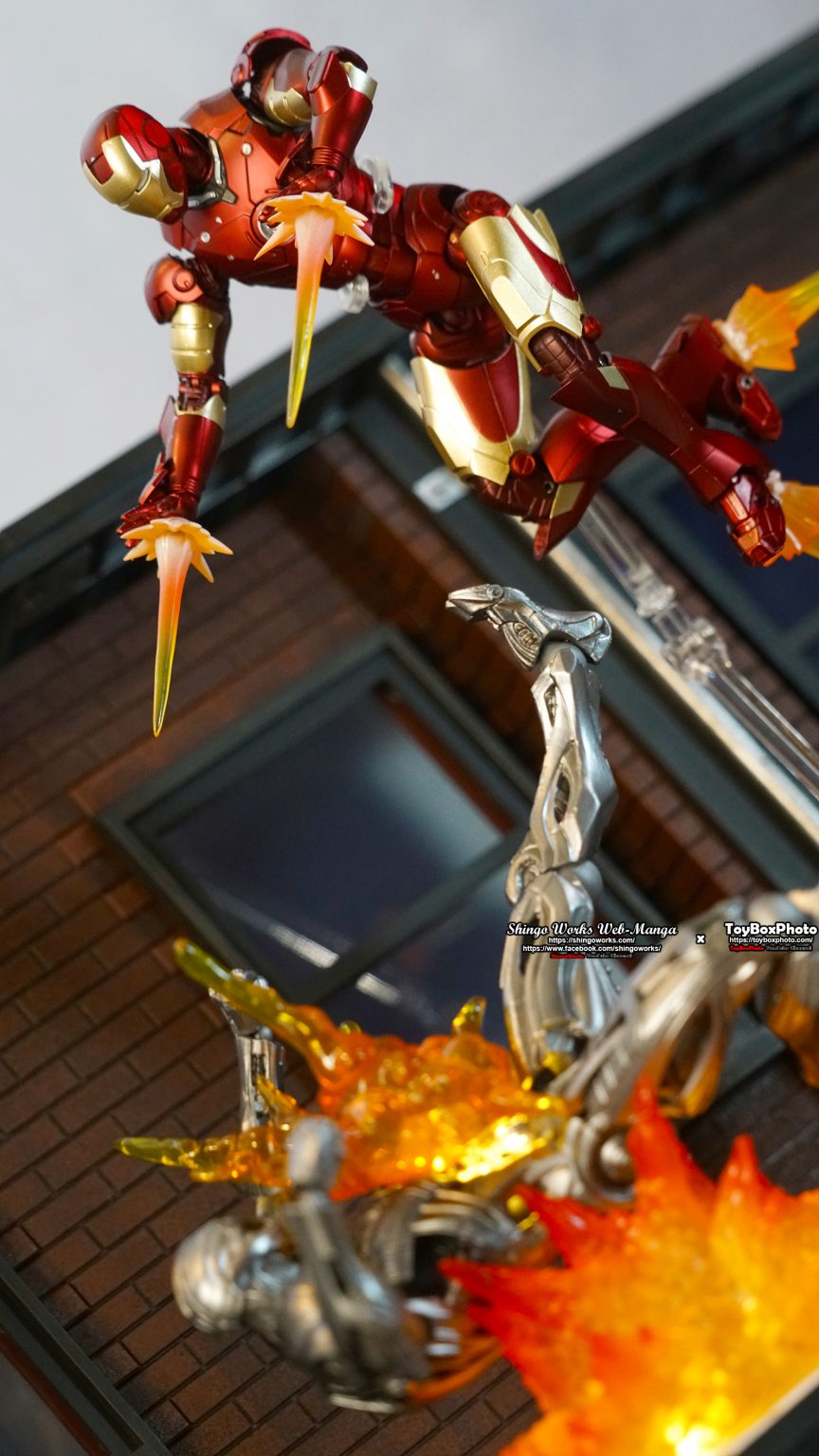 And the scary thing is, MCU could also fall if MCU fans aren’t careful. Because it’s already happening. SJW has already infiltrated MCU. And sadly Kevin Feige is a big SJW and he welcomed this corruption to enter in with open arms. How do I know that? Because the changes that are happening in the MCU are exactly identical to the changes SJW did in Marvel Comics and that is why Marvel Comics plummeted. 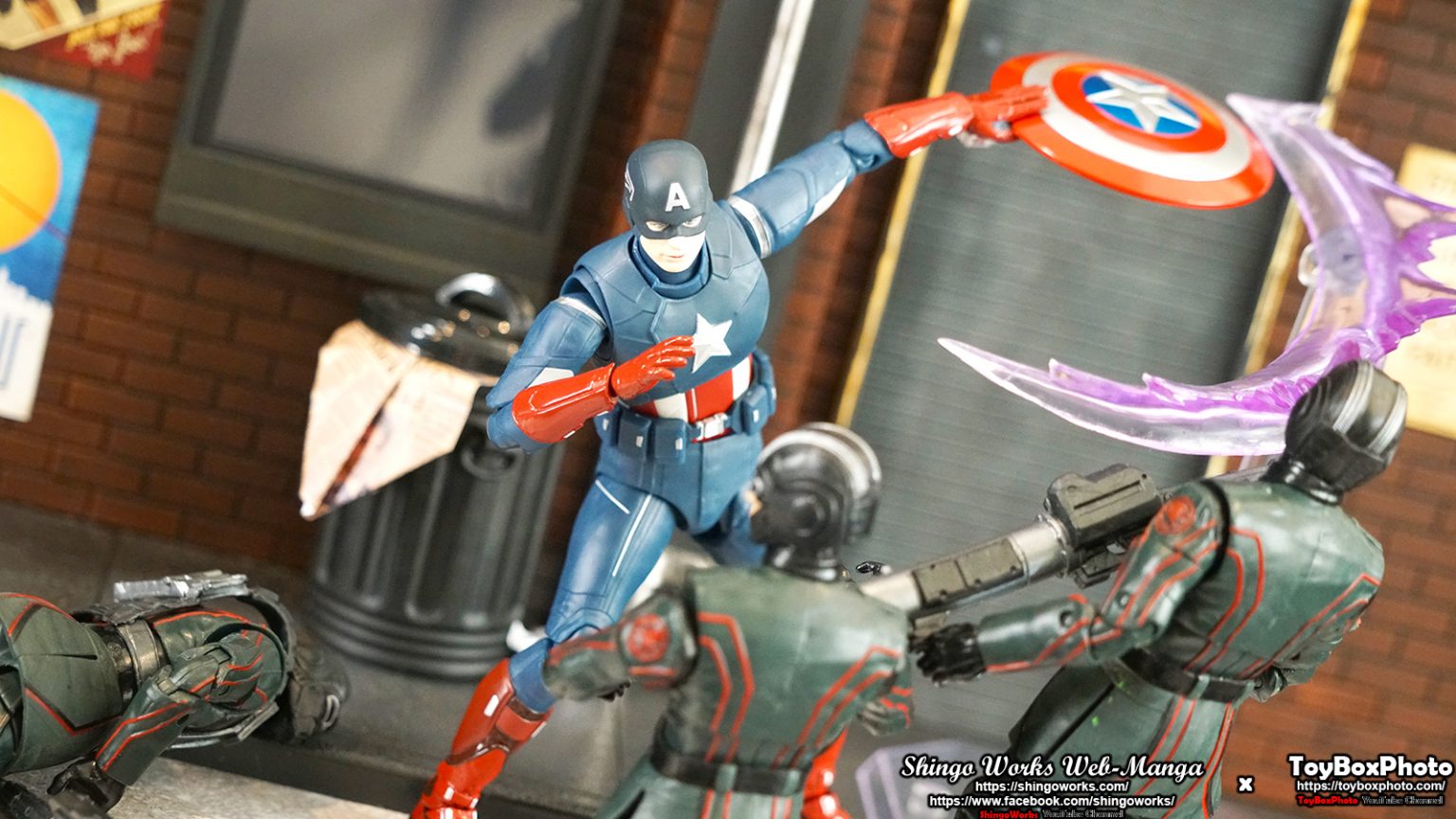 History should not repeat itself. History should be a spiral. Not a brainless repeat. But humanity almost never learns because most simply do not like to think or do their homework. I do not know if Marvel Comics will survive. If it even did, it will never be before. And in a bad way. 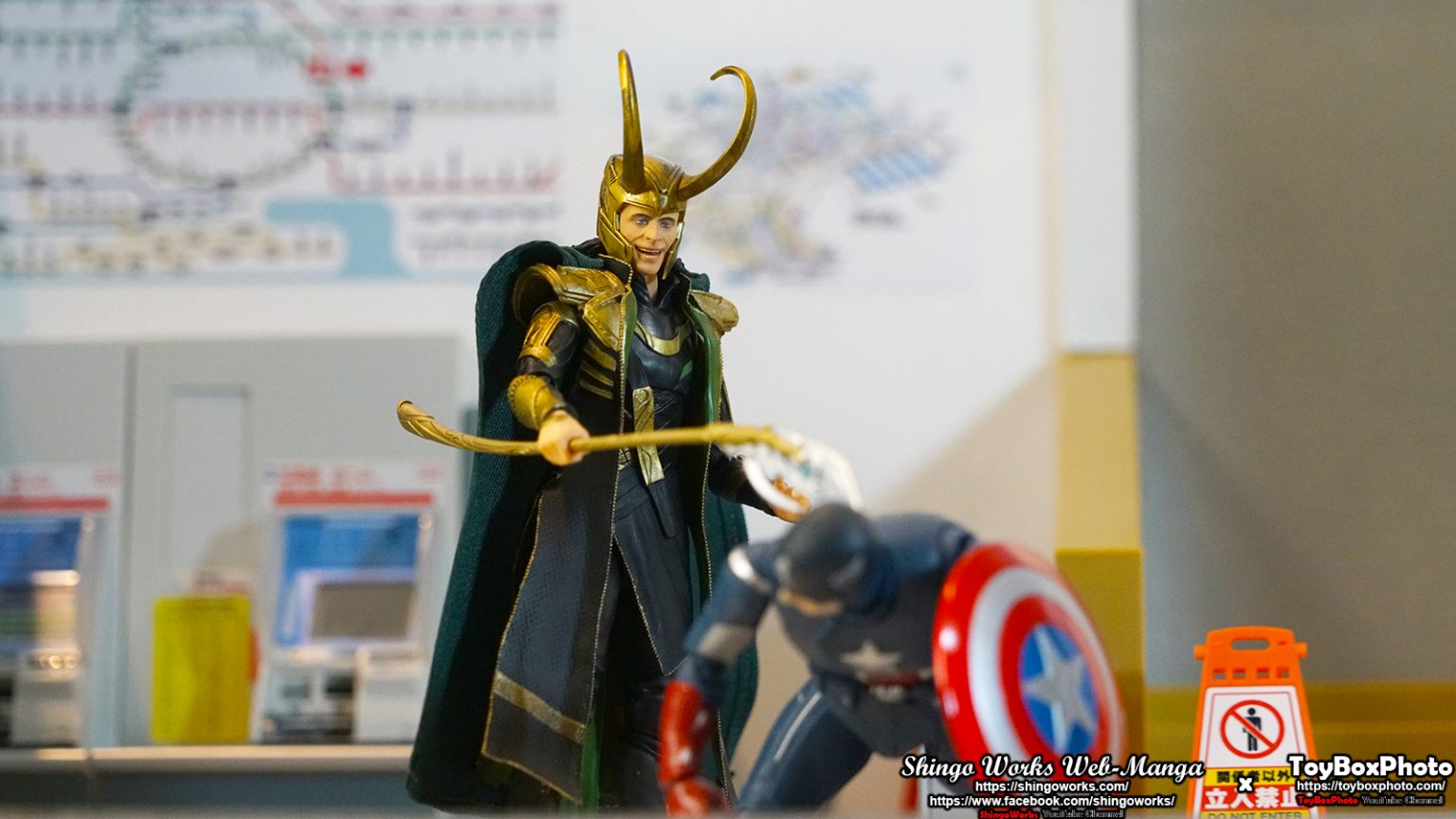 That said, there is still a chance for the MCU. Because MCU does bring money in, unlike the comics. If the fandom does quickly act and voice their concerns, it can be saved. And I am not telling you to like what I like. We all should like what we like. Even when I am disgusted with the Disney Sequel Trilogy, I do respect those who love them. The important thing is after we voice our concerns. 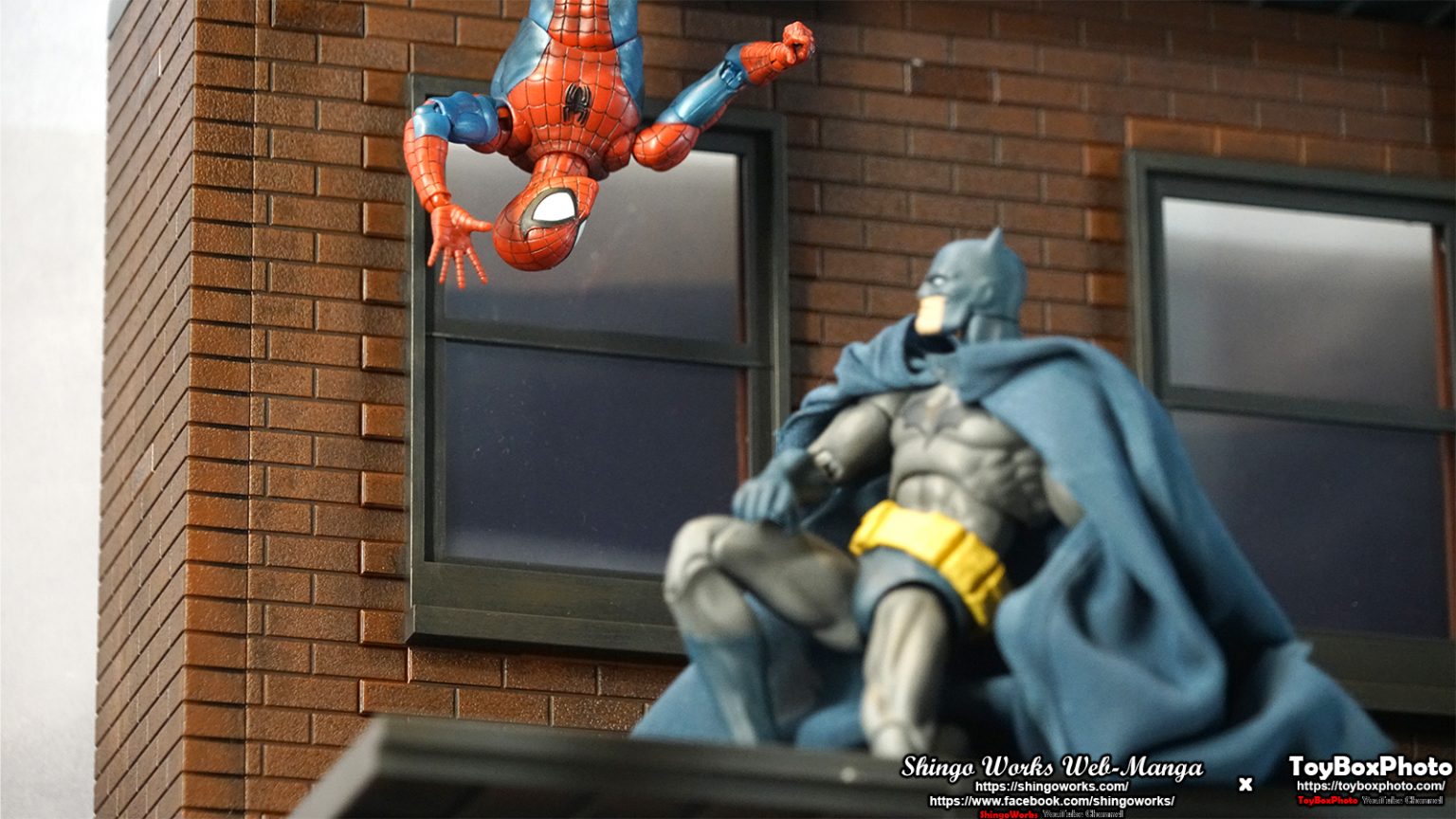 When a franchise crash. And I mean hit the bottom because they did something so bad that the customers decided to not support, that is when fans should make their moves. A franchise exists only because of the fans and it’s never vice versa. This is basic business common sense. I run my own business and I know that my business is only surviving because my customers allow it to. 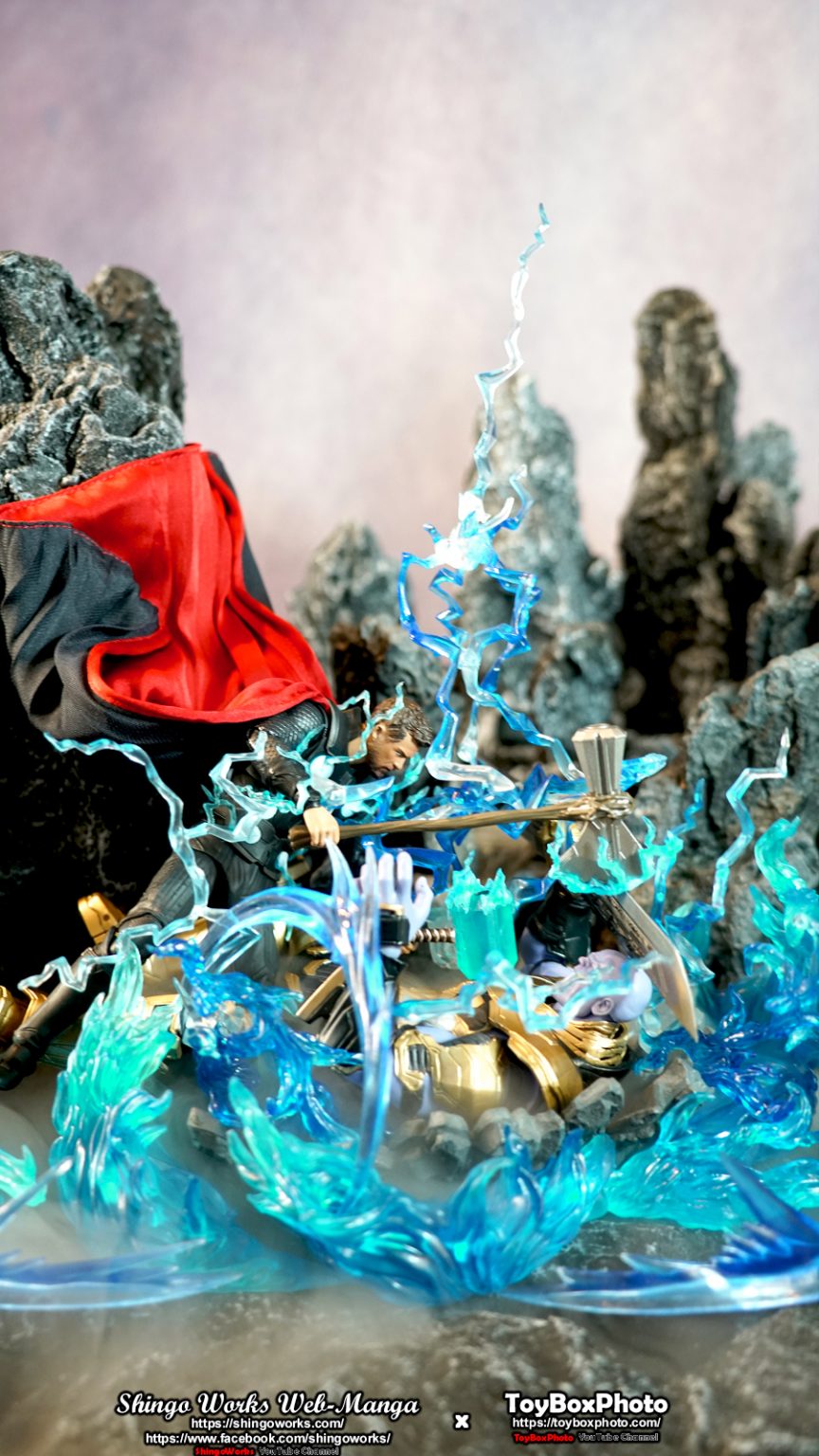 When customers abandon a franchise, it is the fan’s duty to push it up as high as they can. But that does not mean to spoil them. If a franchise must suffer and hit the bottom further to realize their mistake and get better, we must let it do so. Fans who spoil a brand or a franchise are more toxic than those who attack because that will only make the company blind to their mistakes. 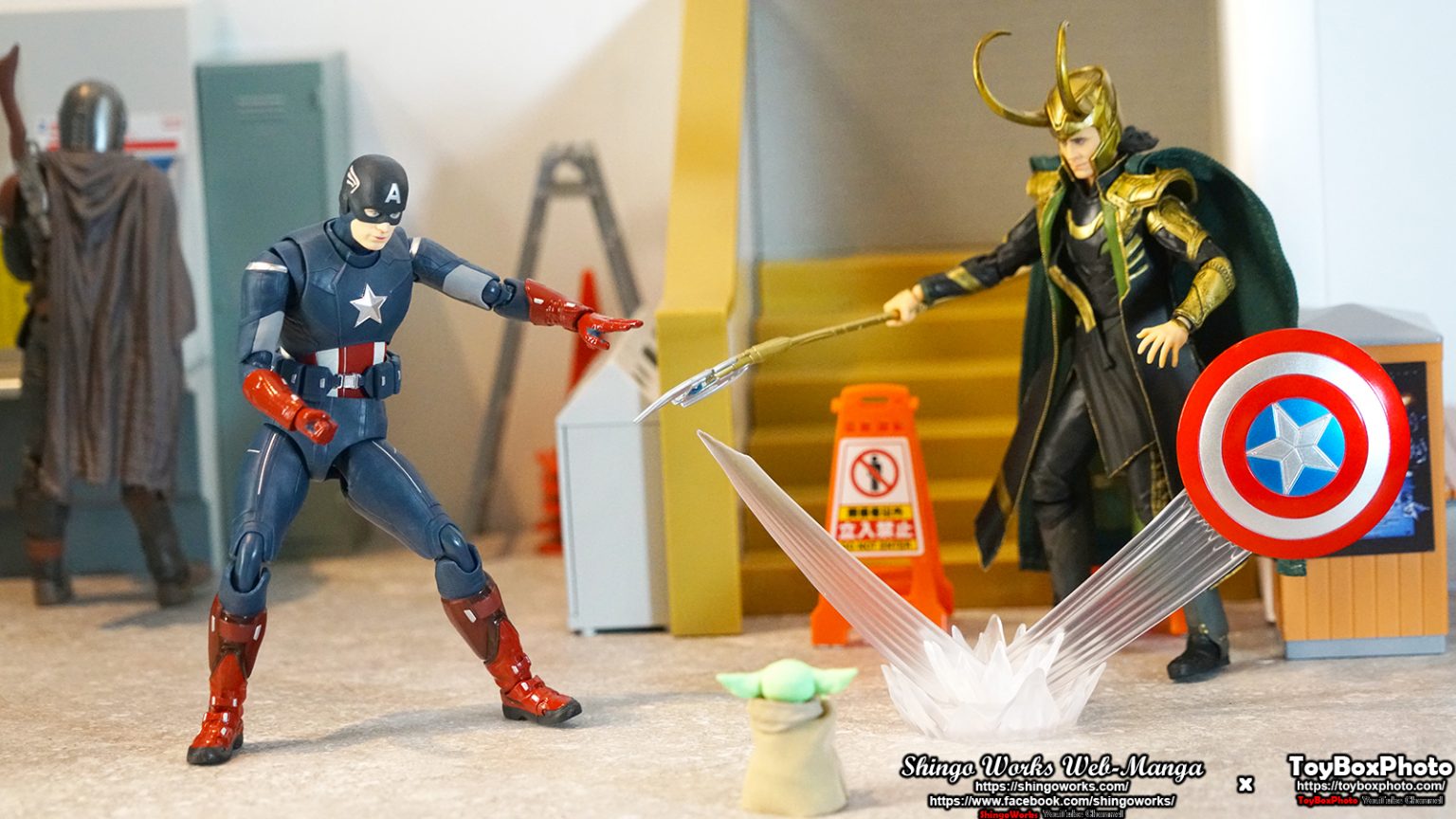 Now the difference between MCU and Star Wars is that Star Wars has near 45 years plus passionate fandom while MCU only has 10 years plus. That is a massive difference. And most of that 40 years, Star Wars did not release any new movies while MCU kept launching several titles per year. When it comes to loyalty, Star Wars fans are probably the world’s greatest. Second to none. MCU could get there but they still have decades of years to prove that. And if it falls before reaching that stage, it could be a major problem. 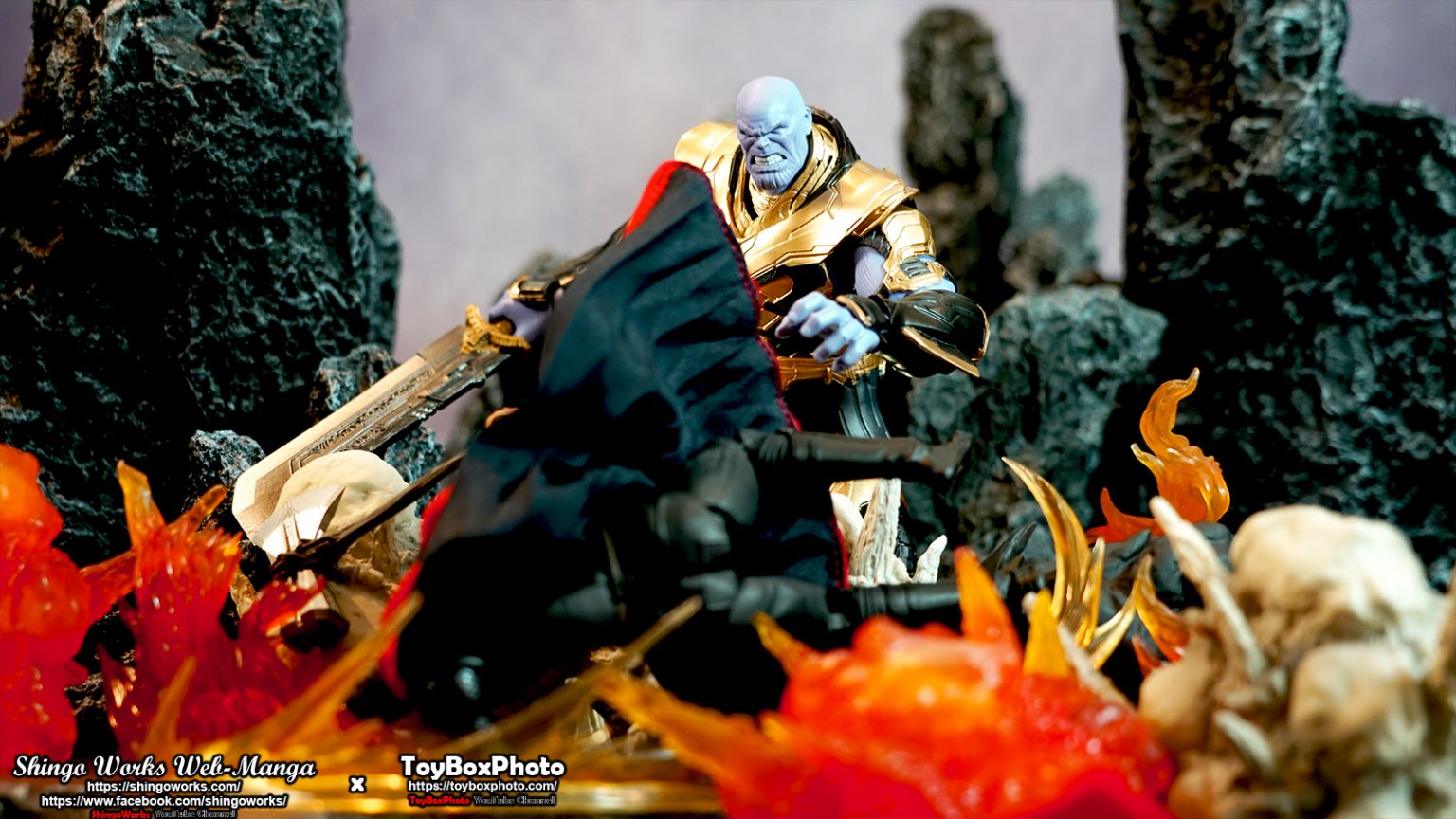 I really do not wish to see MCU fail. It will surely not fall soon. I am sure for the next 5 years, they are fine even when they release tons of cringe SJW stuff in there. But if it fails, unless the fans are as passionate as the Star Wars, Disney may ax it. Because Disney has no money. And I am a shareholder. I know they don’t have much at all. They are in complete survival mode. 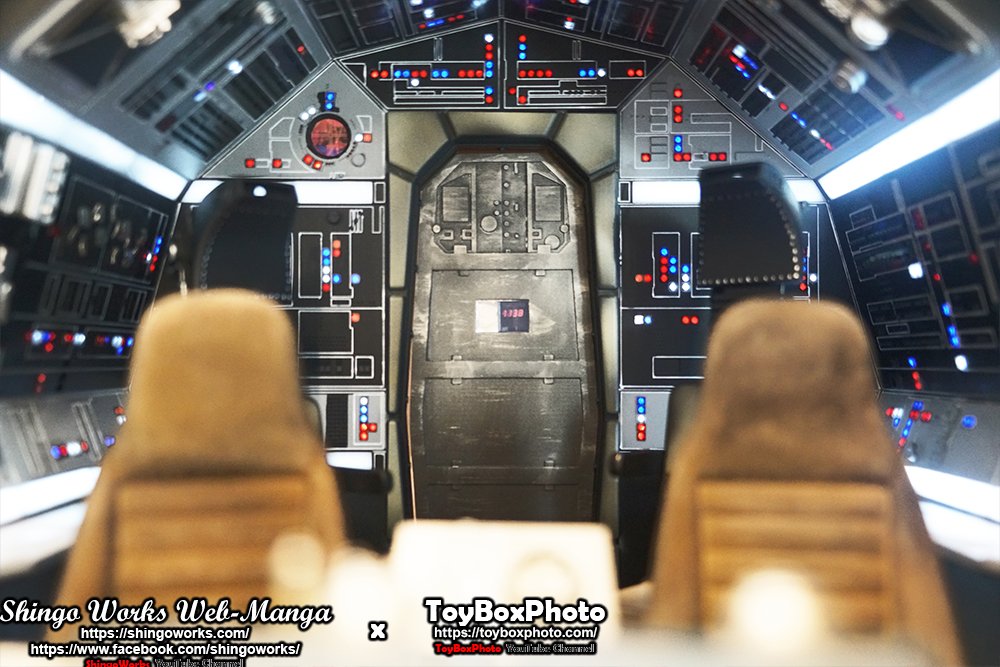 Star Wars wasn’t axed by Disney because it did not cover the 4 billion dollar franchise purchase value. No, they did not. The media lied and they are dumb since they think their audiences are dumb. Star Wars sales did go over 4 billion dollars. But from there, you need to pay for all the production costs, theatre payment, and pay their taxes and more. In the end, they are quite far from paying off that 4 billion-plus dollar. So Disney can’t just simply kill the franchise. Not until it covers its own cost and because Jon Favreau, Dave Filoni, and George Lucas are bringing the fandom back, it will be in good hands. It’s business. And I run one. So I think I know what exactly I am talking about. 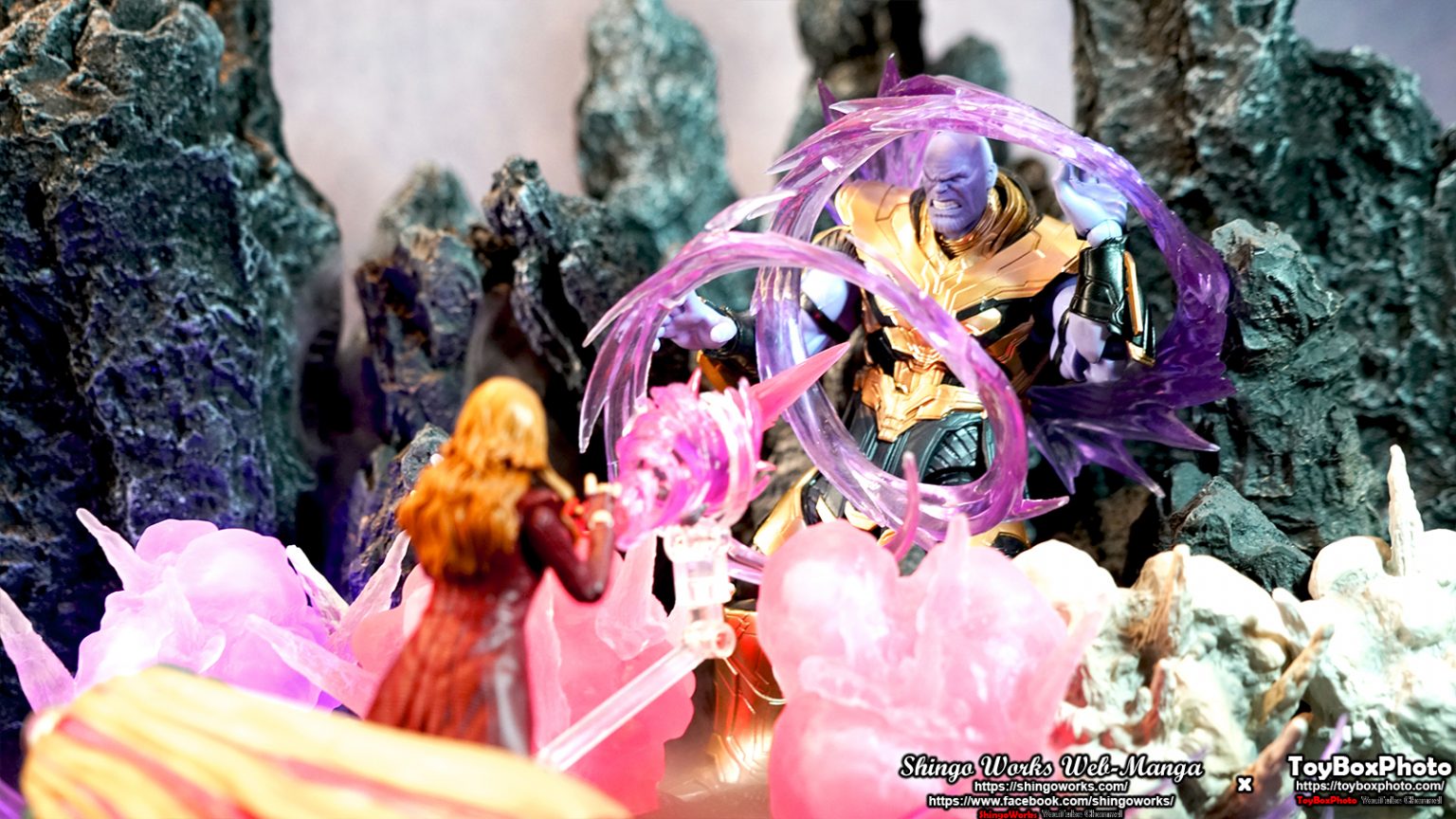 But MCU already did payoff the franchise purchase fees. So if it bombs, Disney may just pull the plug and go make another franchise. It makes sense. Instead of beating a dead duck, it makes more sense to find another franchise and start fresh. So unless the MCU fans are as passionate as the Marvel Comics fans and Star Wars fans, once it falls, it may never come back. 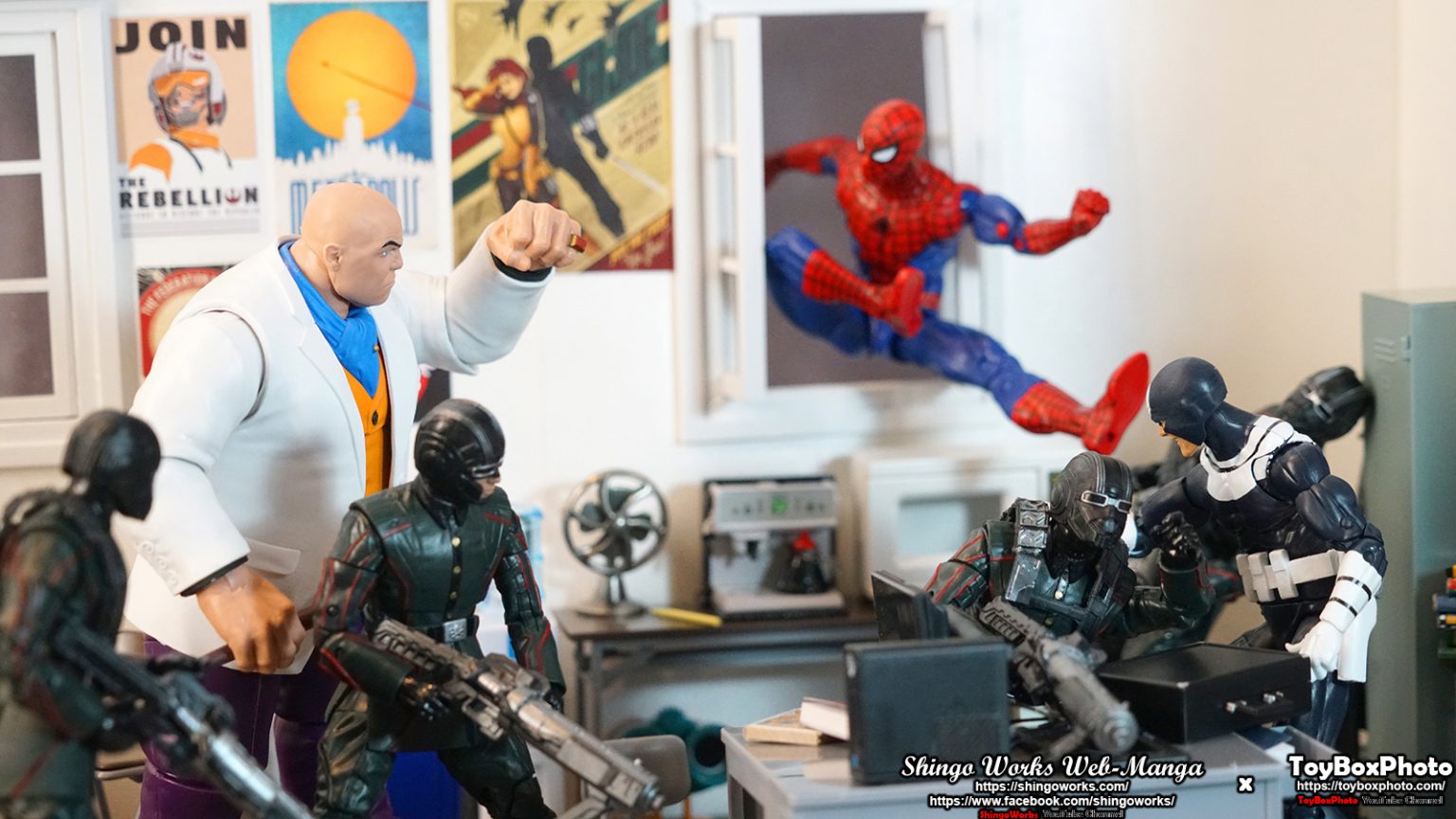 Now, Marvel Comics fans are far more passionate than MCU fans. Of course. They have been around for 20 to 80 years plus. MCU fans are nowhere near that level of loyalty yet. And unfortunately, Marvel Comic fans were treated much worth than the Star Wars fans for way longer. And I mean way longer that the fandom just cracked. Star Wars fandom could have been the same if it wasn’t for Dave and Jon. Sadly, Marvel Comics never got their savior. 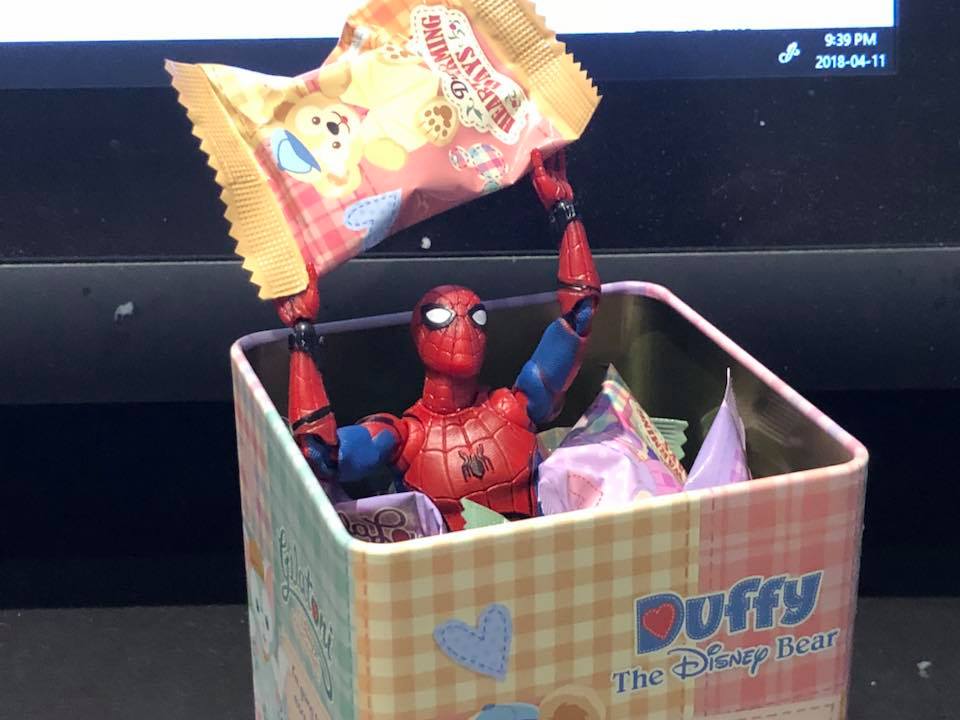 So acting early is better for MCU. You may be insanely passionate but most aren’t as passionate as you. And the same corrupted formula that destroyed Marvel Comics is already spreading into the MCU. Most MCU fans don’t see it but for the comic fans, it’s obvious. And if a franchise that had a fandom for over 80 years falls, that means MCU that only has 10 years of fandom can easily fall too. 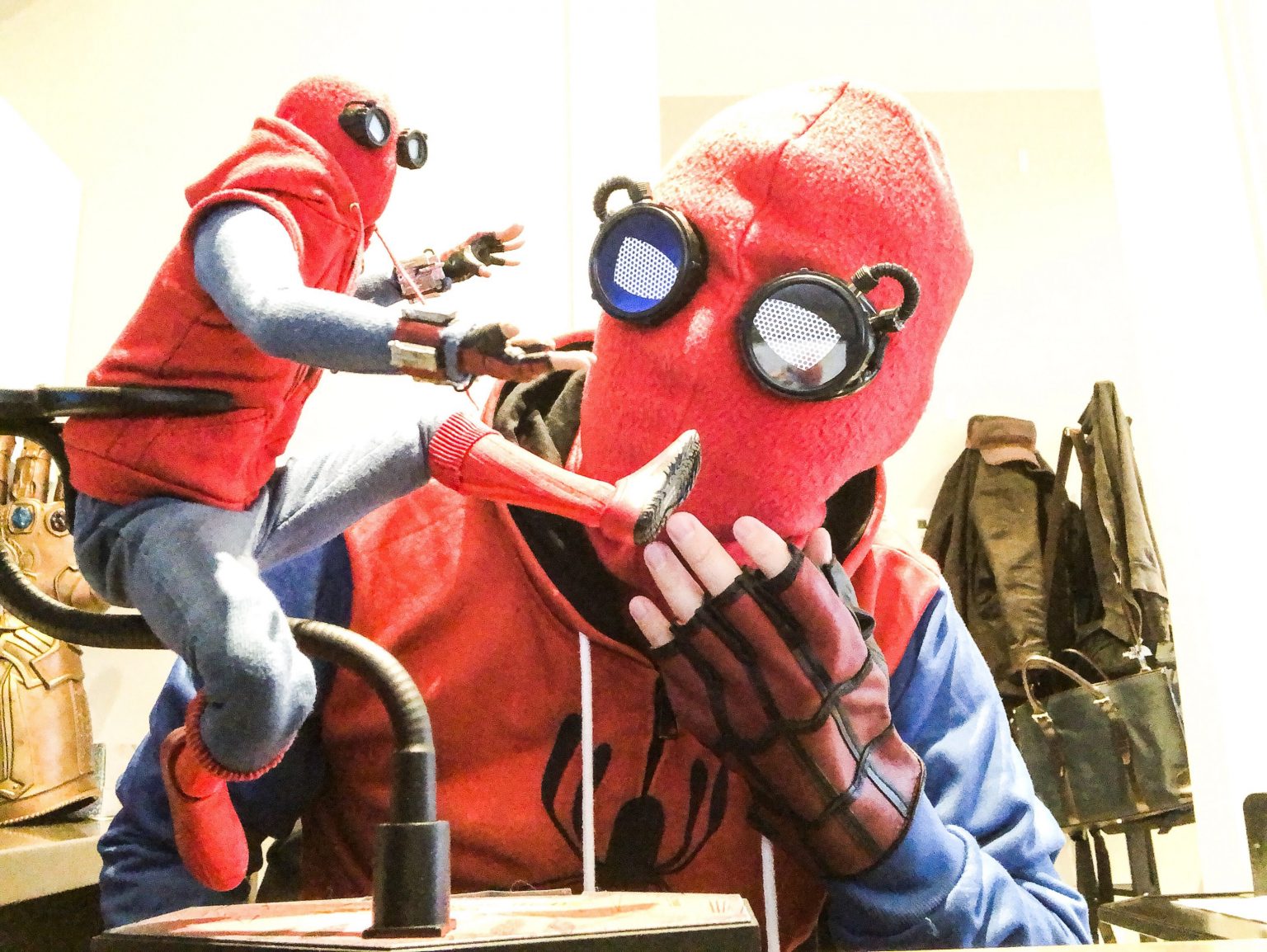 For most of us, Endgame was their last MCU film. It literally ended the characters who started and built the franchise. And I might be quite comfortable without MCU if I don’t get Cap, Iron-Man, and such because they are crucial in Marvel Comic storytelling. They have way more important roles in the comics. But if MCU can ignite the awesomeness it had, many would love to stay. 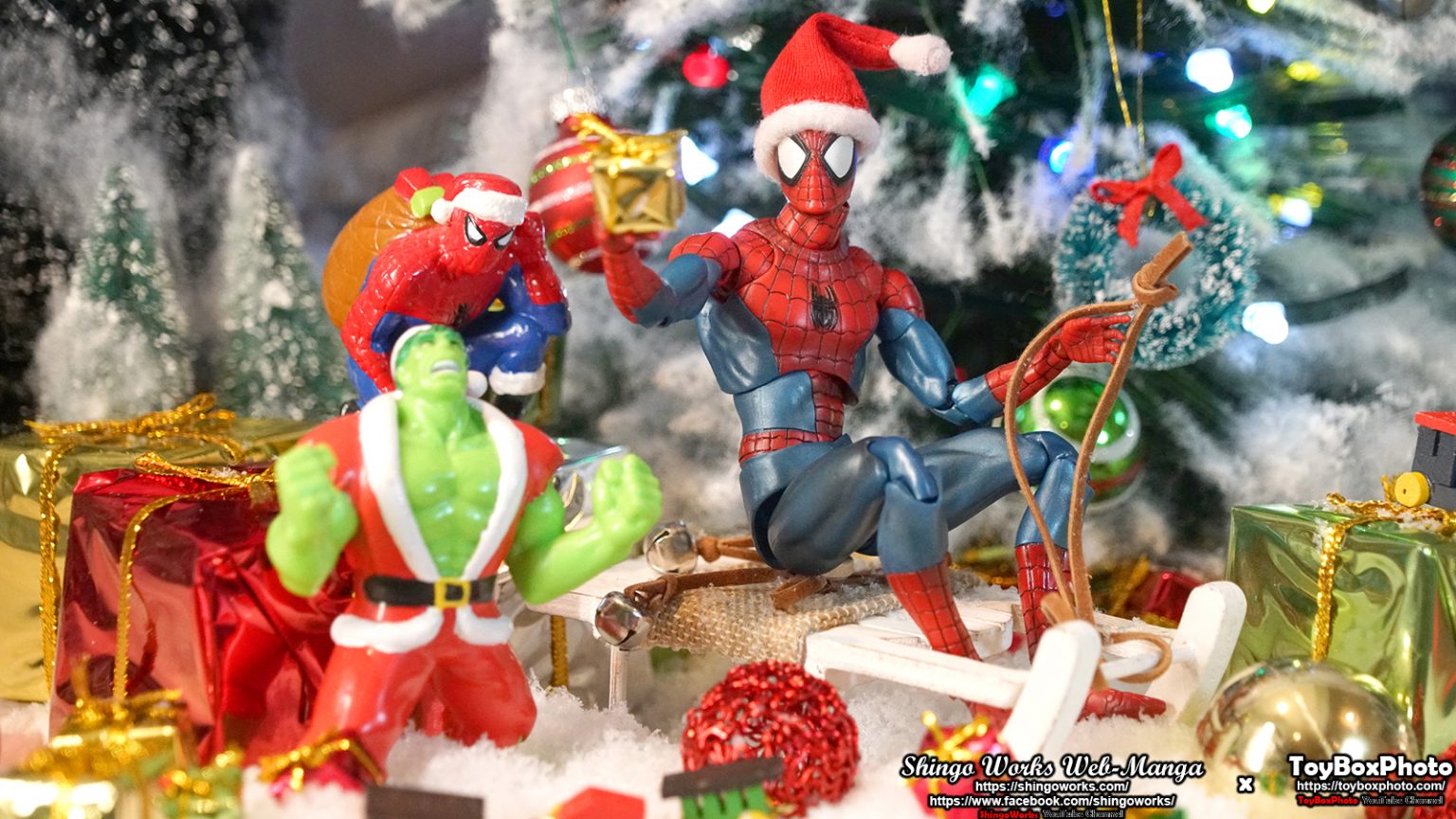 In the end, it all depends on the MCU era fans from now and on. I lived within the comic era and MCU was more of a supplement for most comic fans. Yet, seeing your favorite heroes on the big screen is always awesome. So I wish to see MCU last. And I mean I wish it will last forever.
DCEU? That’s another story. Don’t get me wrong, DC Comics is equally important to me. But this blog is now becoming some sort of essay so I want my audience to be released from boredom.
But like Star Wars, like Disney, like most other businesses, the pandemic made everything change. And change will either end something or make something better. “Something that doesn’t kill you” quote. So I do hope this will push MCU to a better place. But it will need you and I mean the fans to guide the franchise in the proper direction. And I am happy to support it too. Hope it will be a great year for MCU and all other movie franchise next year. 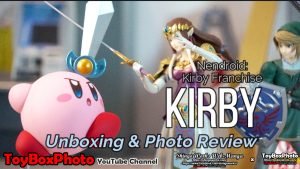 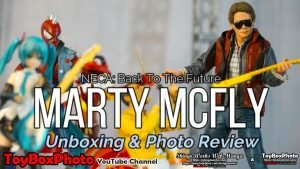 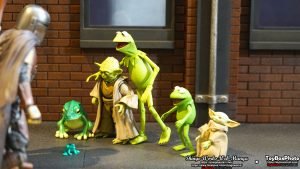 I must apologize to all my readers for not updating for some time. I am truly sorry. The reasons for not being able to update 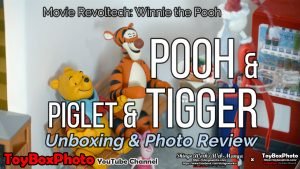 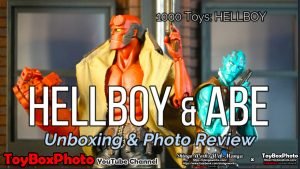