we would be honored if you would join us 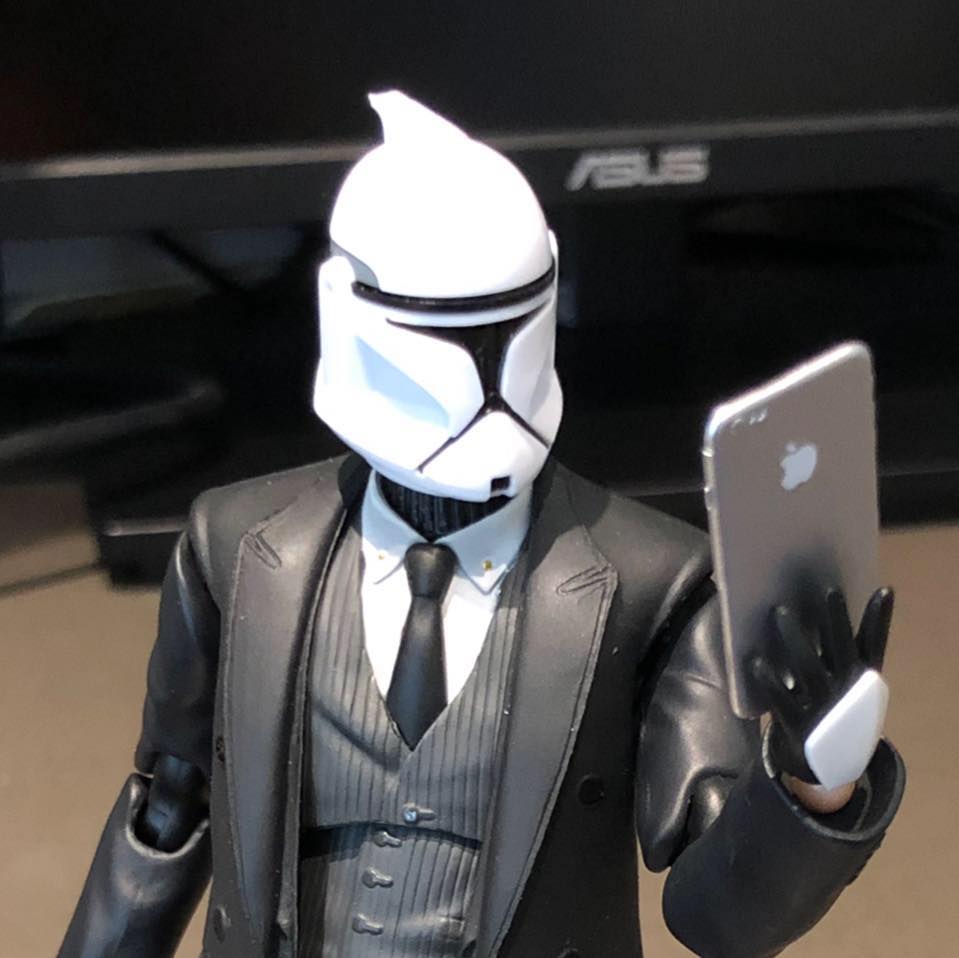 Shingo Trooper
Shingo Trooper is a human who has served during the Clone War as a business negotiator to sign agreements between a multitude of factions with the Galactic Republic. His endless obsession for collecting action figures required equally limitless galactic credits and therefore this has pushed him to work as a high-risk high-return businessman. After the Galactic Republic was reformed to Galactic Empire, Shingo Trooper no longer worked under a specific organization but instead, became a supplier of all sorts providing information, resource, and such to anyone who required his service. After the fall of the Galactic Empire, Shingo Trooper has returned to his native planet where he is happily surrounded by his action figures.
Shingo Trooper prefers to wear a standard business suit found on his own planet. During one of the missions in the early Clone War, clone soldiers were baffled with Shingo who kept pushing for negotiation with an alien tribe while in the middle of a major droid invasion that could have wiped him and the clone army. Luckily the negotiation went through and the allied alien tribe joined the battle to bring victory which saved Shingo and the clone armies’ lives. This is when Shingo received a clone trooper helmet from his fellow clone trooper who thought him a bit crazy but brave not knowing the real intent behind Shingo. The reason for Shingo’s high motivation to sign negotiations with new factions was because each success promised him high galactic credit pay which would lead to more action figure collection. Due to his endless greed for his toys, Shingo tends to forget the very danger he is in.