I agree. Without the Kaijyu, what is the point of Ultraman? Or any other massive Superheroes?

If you like to see my Youtube Video review, please swing by to my ToyBoxPhoto Channel at https://www.youtube.com/channel/UCdRnaDrOkNUrKkWRQRJDp3w
Or simply click the video above!
And if you like my video, please subscribe as currently only 5~6% of my audiences are subscribed and I feel a bit lonely… 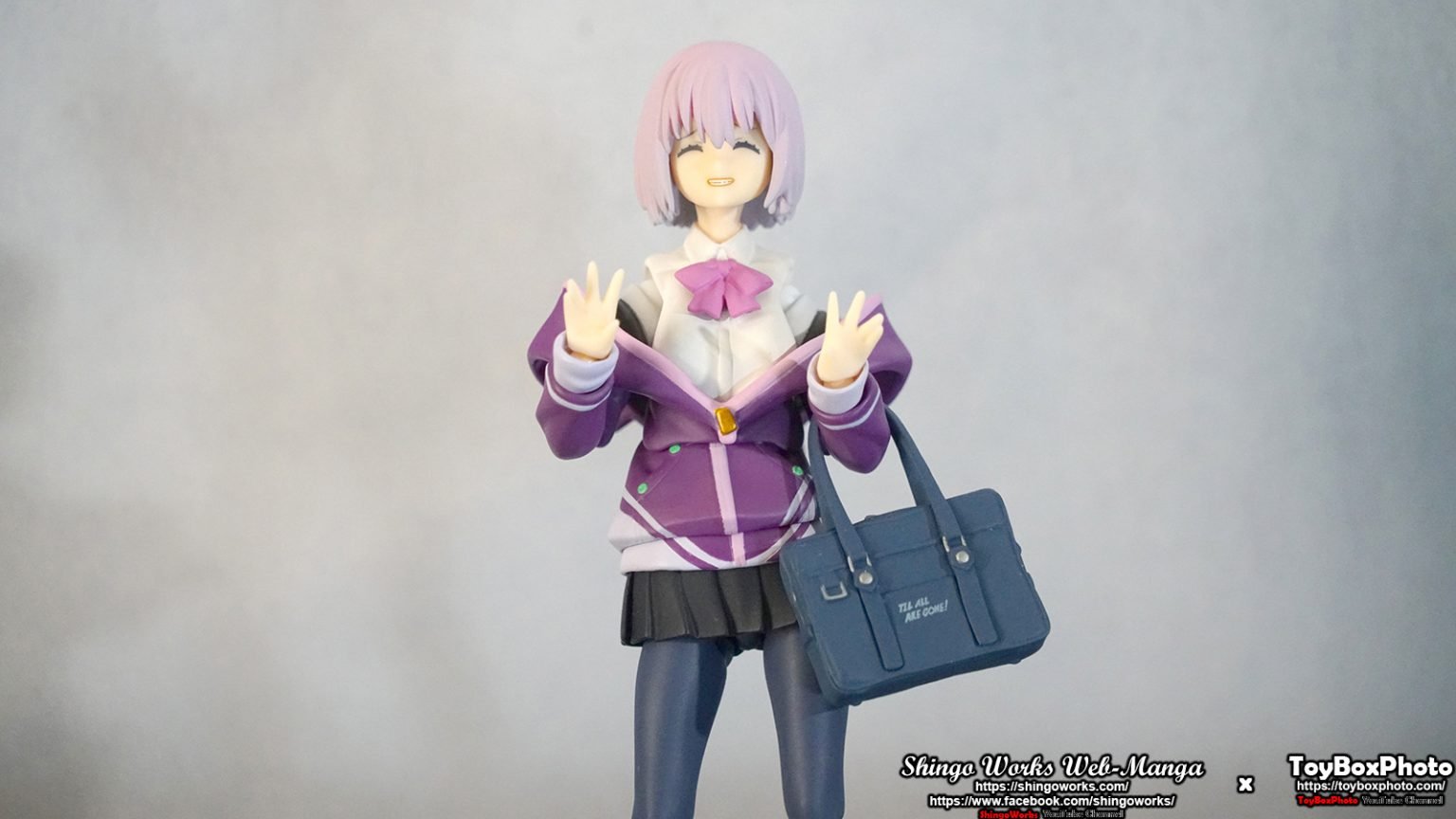 Look at her! The proportion is on spot! They’ve nailed her! Thank you! So much Thanks! Due to her jacket design, her hands will not go higher than the pose I did here. I was hoping to remove the jacket for better articulation but then her arm is jacket sculpted so I cannot do that too.

Now, we get 3 faceplates, one regular hair, and one hair with headphones. A lot of hands with her school bag, tablet, cracked cell phone, note, and a kaiju figure. Adding, you will get her iconic sitting down the leg and raw legs and a pantie. 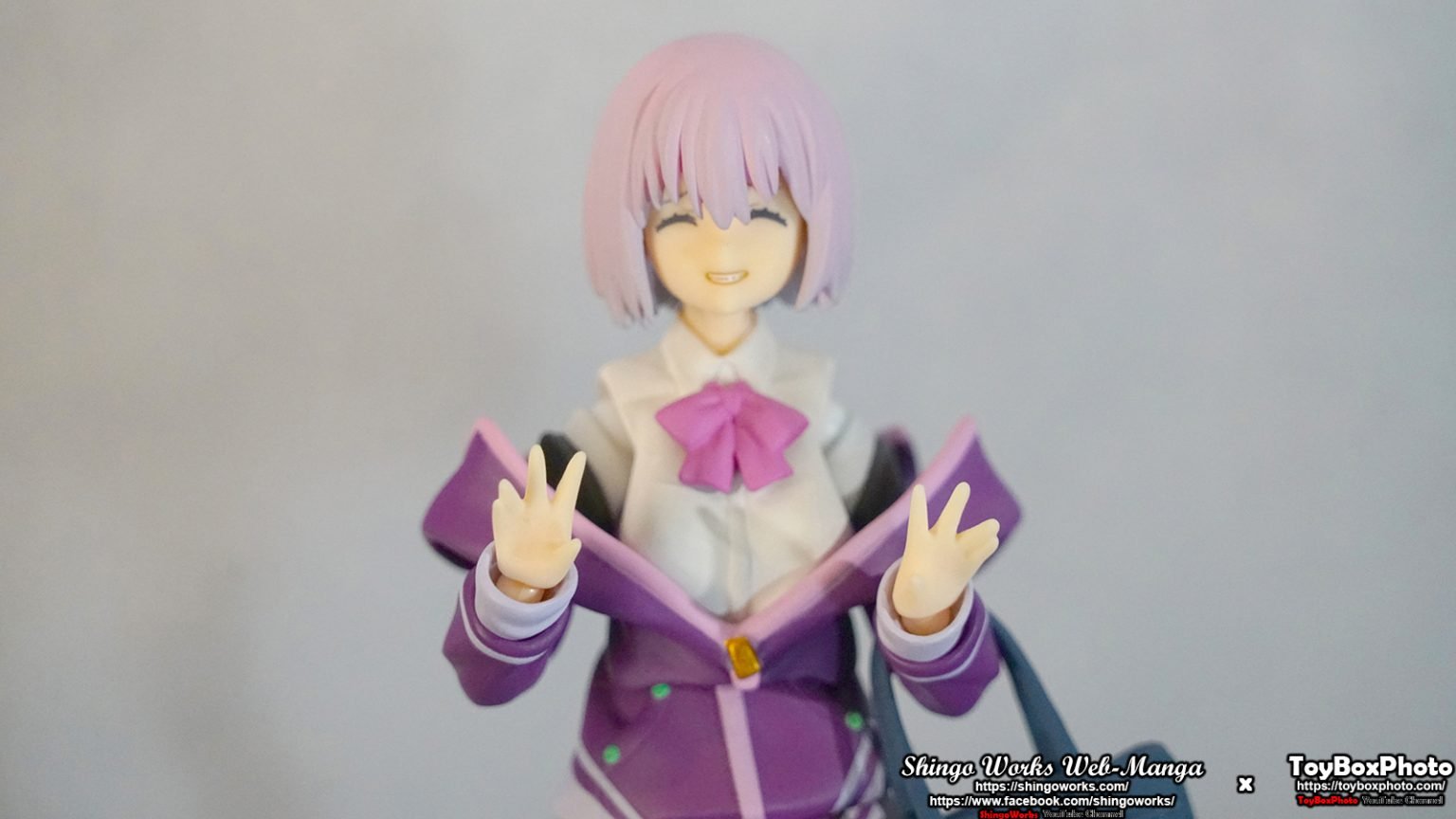 God, she’s so lovely. That smile! I can fall anytime for that smile!!

By the way for those who are wondering, her default stocking leg comes with a stocking pantie. Which do I prefer? I prefer the stocking lol. 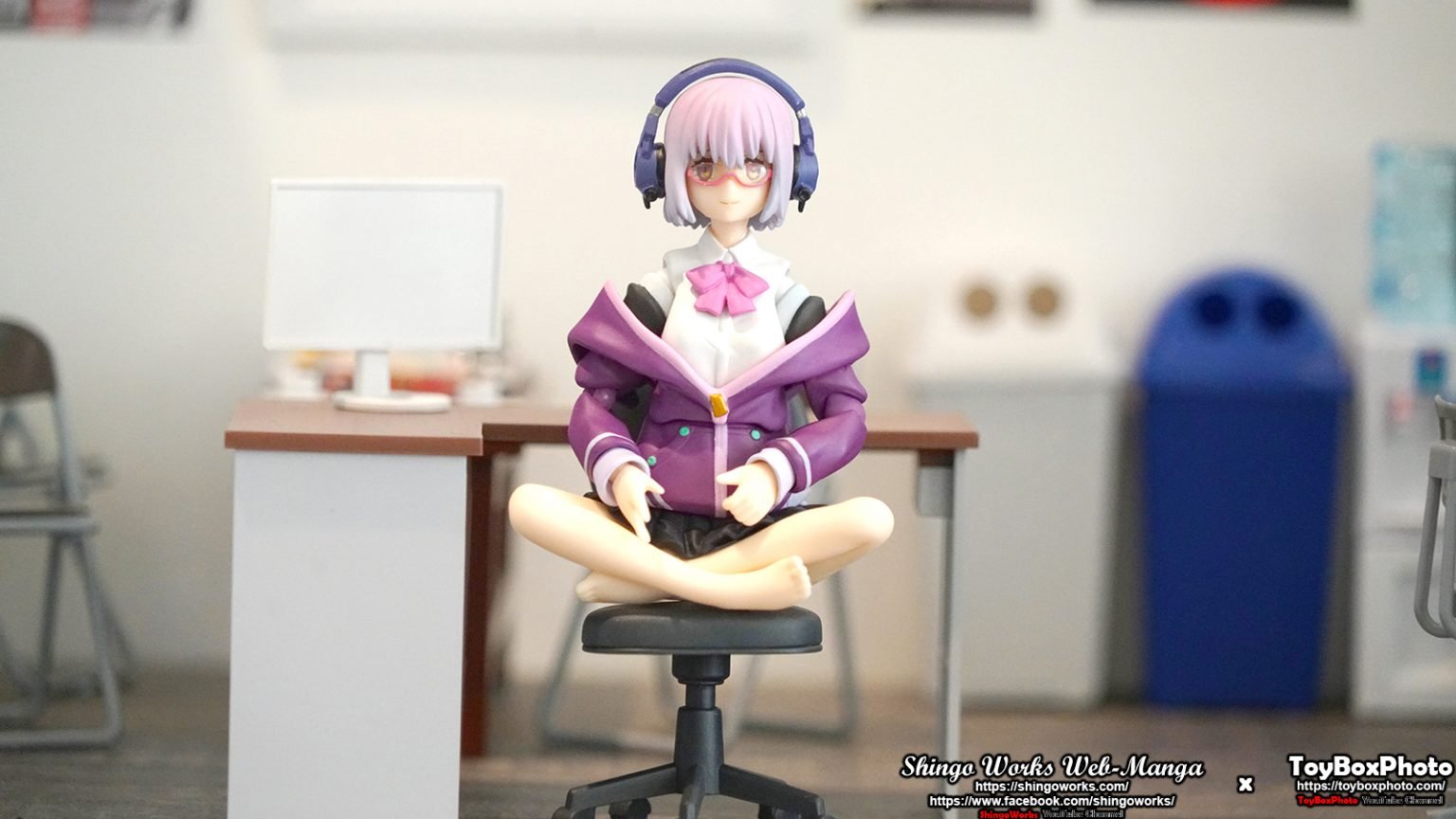 Here is her deluxe version in full use!! Not only she comes with a sitting-down part, but she also gets a chair, table, and a monitor. Such great accessories!

I love accessories that I can use for many occasions. And if you want to get a 1/12 scale table and chair with a monitor, maybe this Akane Shinjo Deluxe figure is what you are looking for. And I must say the chair is really well made. I have several 1/12 scale chairs but this is a very well sculpted one.

Yes, Akane Shinjo is an OTAKU for sure. And back then, the term otaku was a super insult to most of us and I mean myself included because I am from that era. Otaku means “those who do not leave the house” and back then, those who aren’t going out were considered to have major communication issues. And anyone who had a hobby that was not social, which includes anime, manga, video gaming, was also called an Otaku.
Today, Otaku is treated like some sort of rank in the west but it’s still something we Japanese do not like to be called. We only call ourselves Otaku by saying “Yes, I am an otaku so what?”
Anime and manga became one of the biggest incomes for Japan today but still, the social treatment of otaku isn’t great.
I see a lot of non-Japanese fans wanting to call themselves an Otaku but it’s not something Japanese would be liked to be called at all so if you met a Japanese manga/anime fan, it might be safe to not call them that right away.

Oh shit! Yugi! Do not piss the Goddess of Kaijus!! Give her a win for christ’s sake! I don’t want my city to be destroyed just because Shinjo got pissed!

You are the man! A legend Admiral Ackbar!! Yes! It’s a trap! Letting her win will make our city a little bit safer for sure!

Going back to the otaku topic. Introducing yourself as an Otaku to a Japanese will only bring a puzzle. Otaku isn’t specific to anime or games. It’s an insult to those who have a strong passion for a particular hobby that will isolate them from society. So gun collector, fishing, and such are also considered otaku and it’s a mostly male dominant hobby that will go under this label. So you need to be specific on what otaku you are but most of the time people will assume it’s anime. You might have guessed but sports aren’t considered an Otaku hobbies.
Me? I am obviously a figure/manga/anime/movie otaku.

Noooo! Gilgamesh! Do not touch my Shinjo!! Godzilla is here to save my Akane! 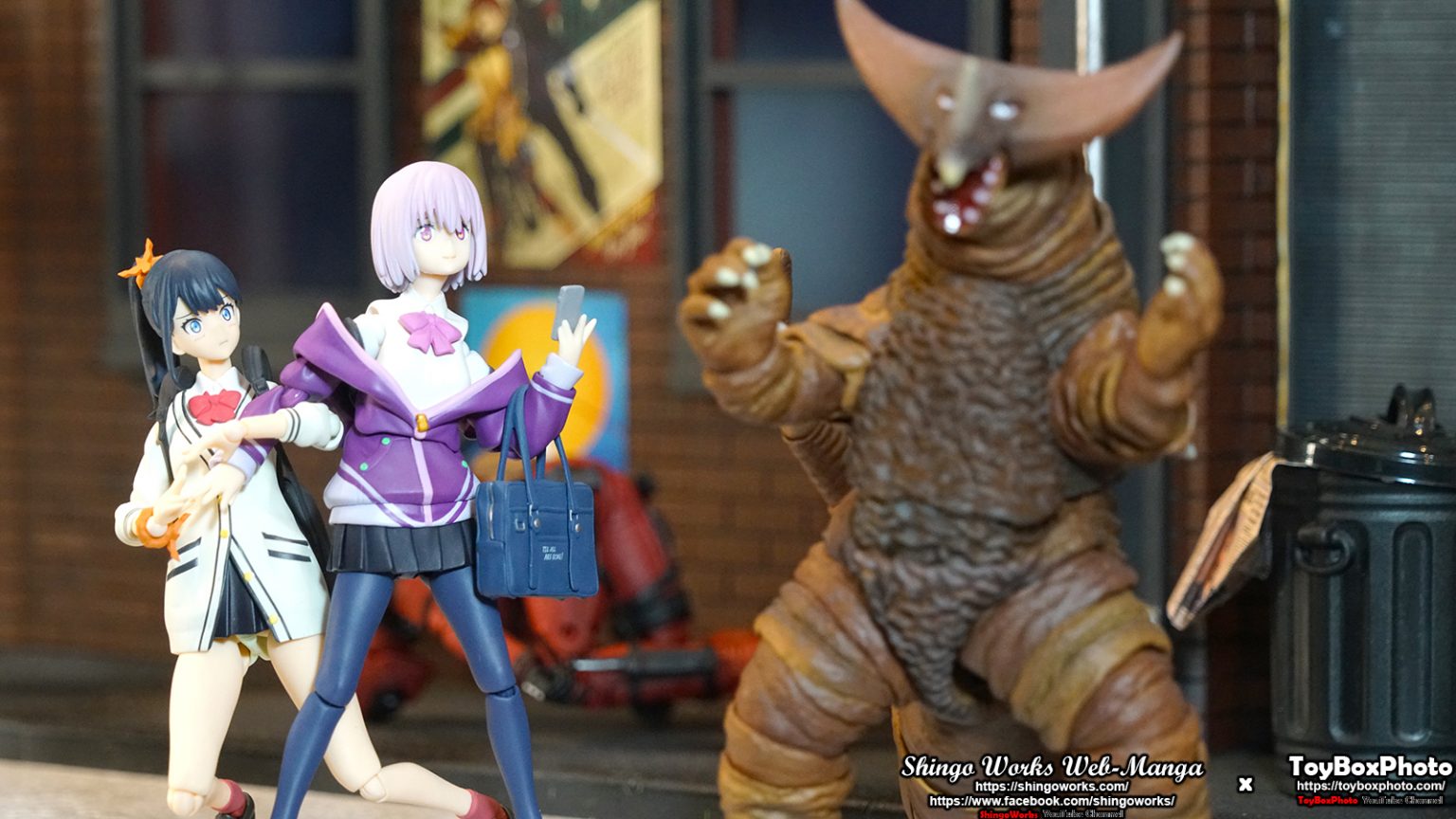 I am sure Gomora would be glad to see a major kaiju fan like Akane! 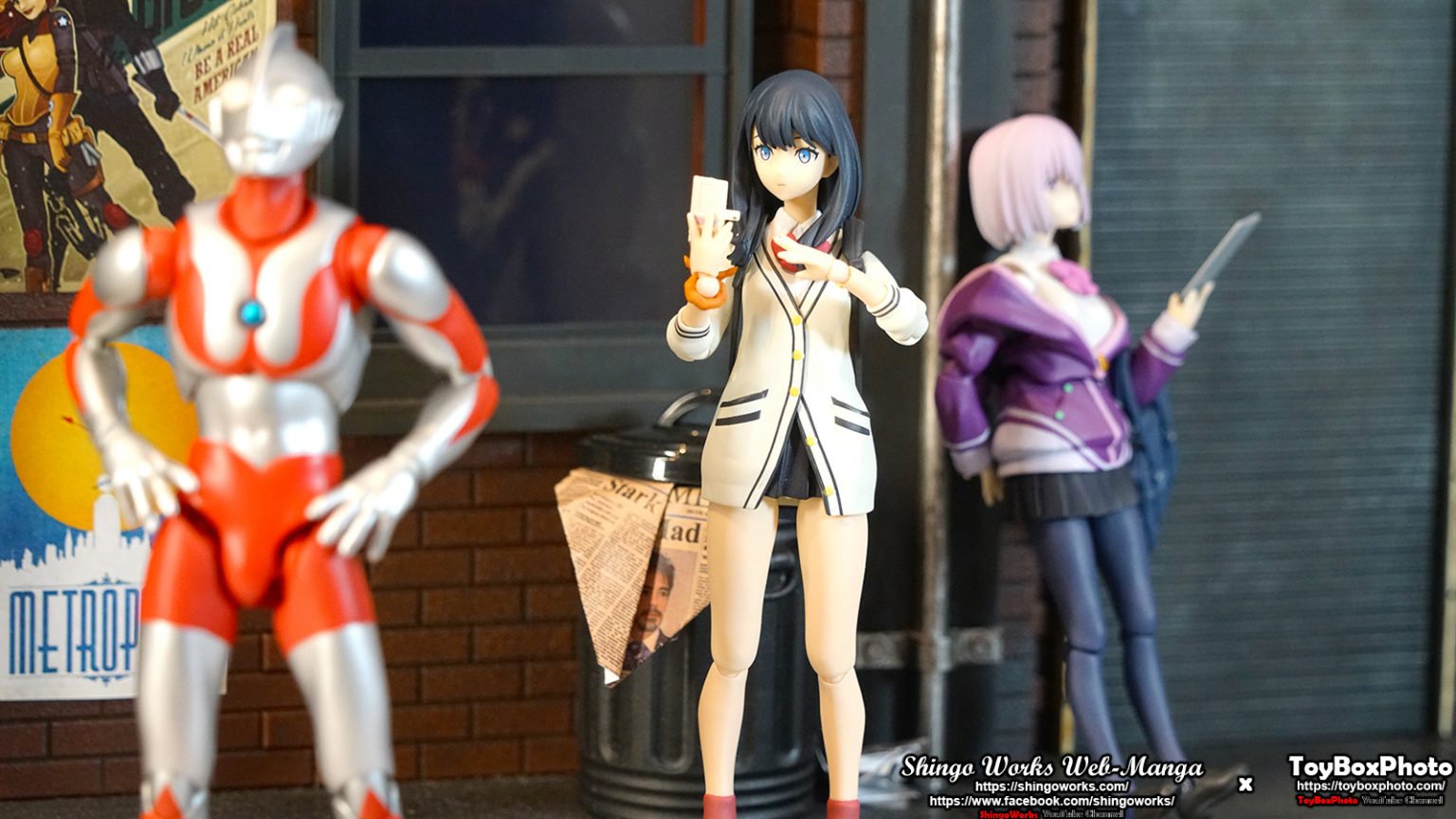 ~And she HATES heroes like Ultraman. The great thing about this figure is the faceplates that come with her. It’s very versatile. And her accessories will always fit your diorama scenario. 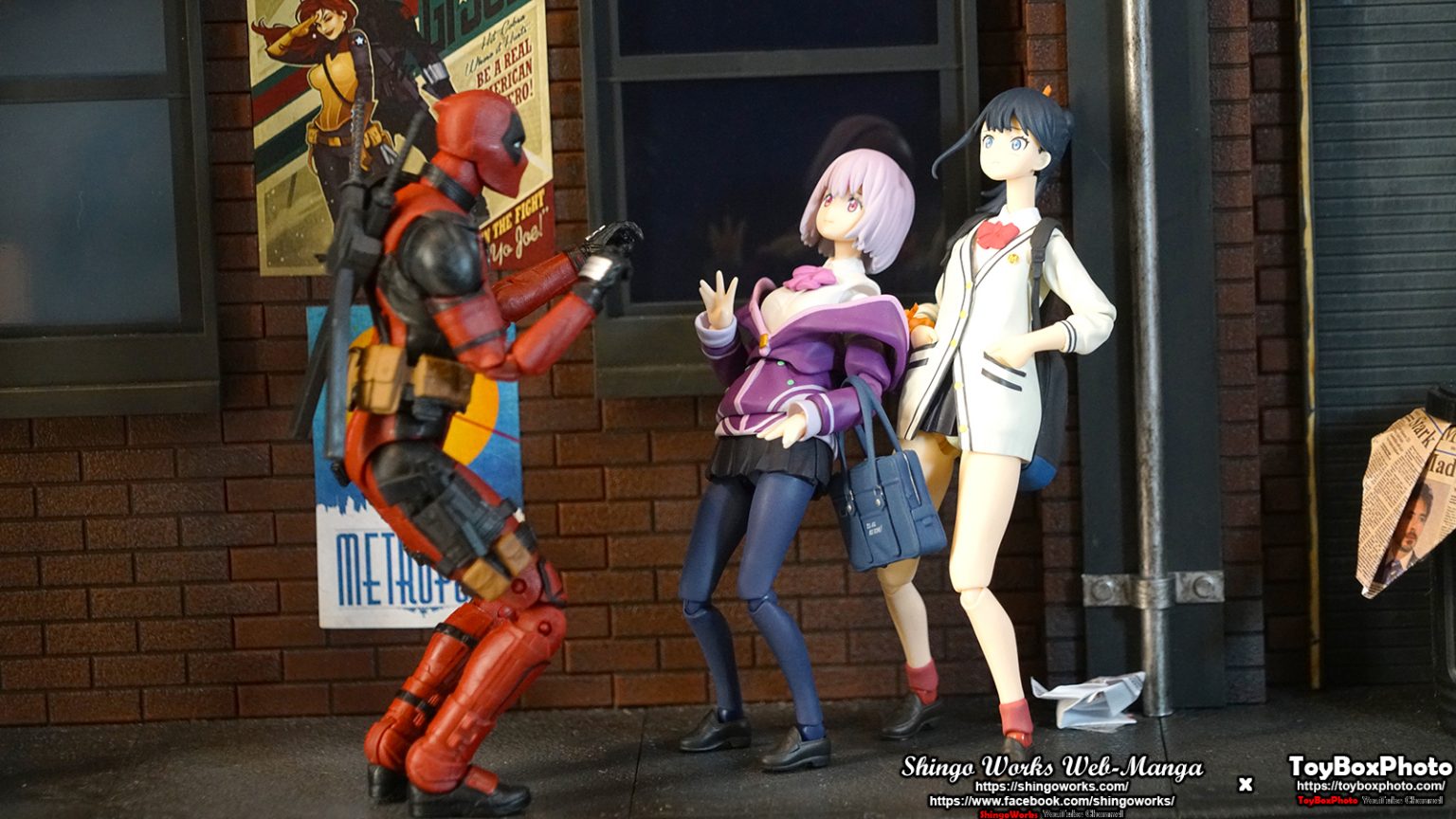 Screw you Deadpool!!
The height difference between Shinjo and Rikka is great. Apparently, Gridman wasn’t popular in the West but it was the top choice of Japanese anime fans during the airing and this is quite understandable. Gridman had a lot of themes and nostalgia feeling within its world. You don’t need to watch the original live-action Gridman to know this because it’s a cultural thing. Something the West does not know. If I never was exposed to Japanese culture, I probably wouldn’t of understood that too. That said, I am very happy that some fans outside Japan did like the Gridman anime. 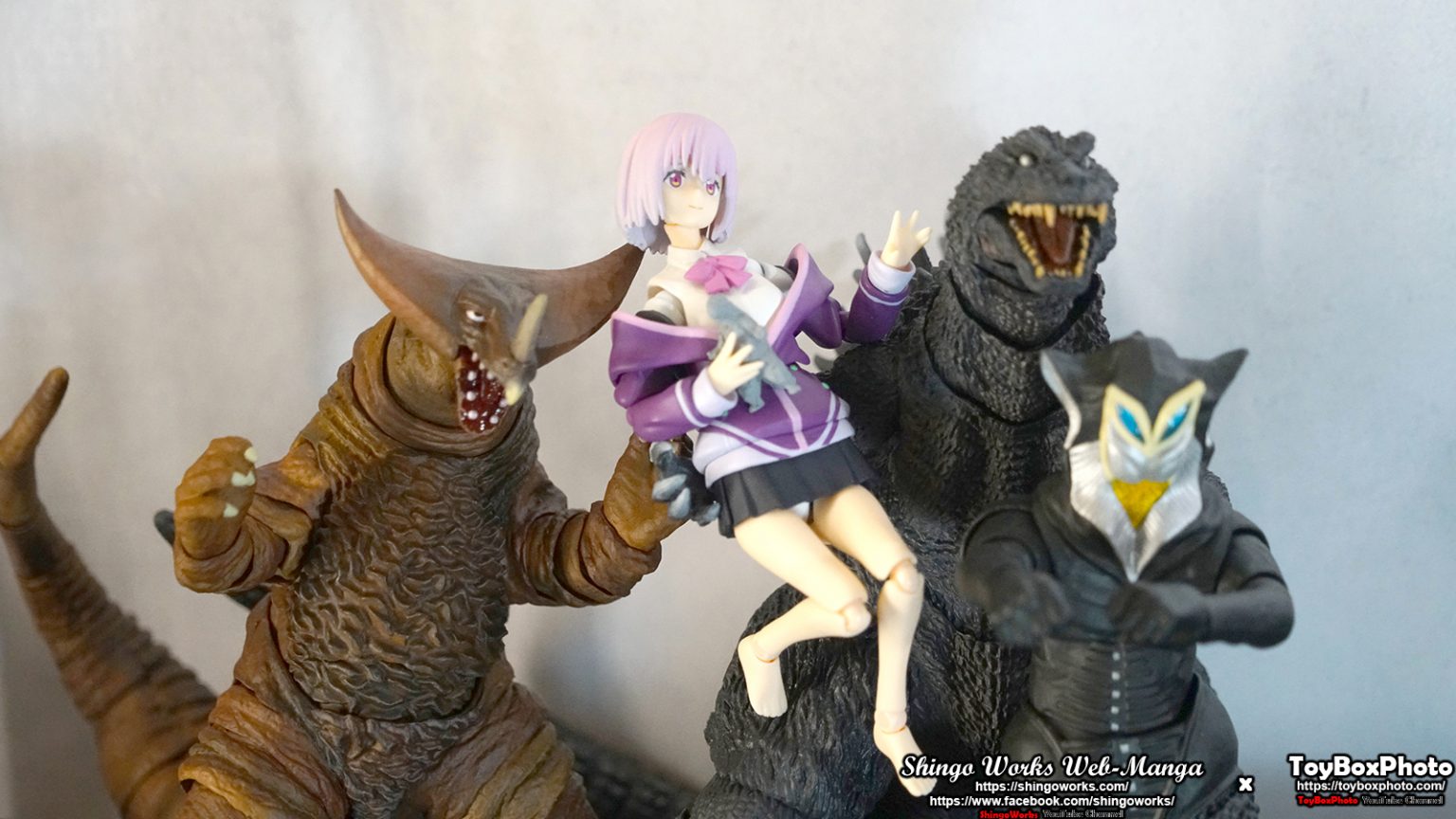 The King of the Monsters is definitely a title for Godzilla. But we never had a title for Goddess of Kaiju and Akane Shinjo literally molded her own kaiju armies. I am sure all kaijus are fans of her! She’s the idol of all the Kaijus! Oh, and include me too, please.

Oh, btw swapping her legs to a raw one would add more choice for your display. And you can give her shoes too.
That said, my preference is always stocking one so now you know my fetish too lol. 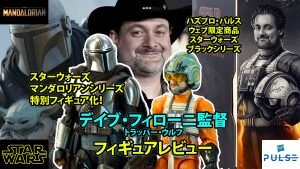